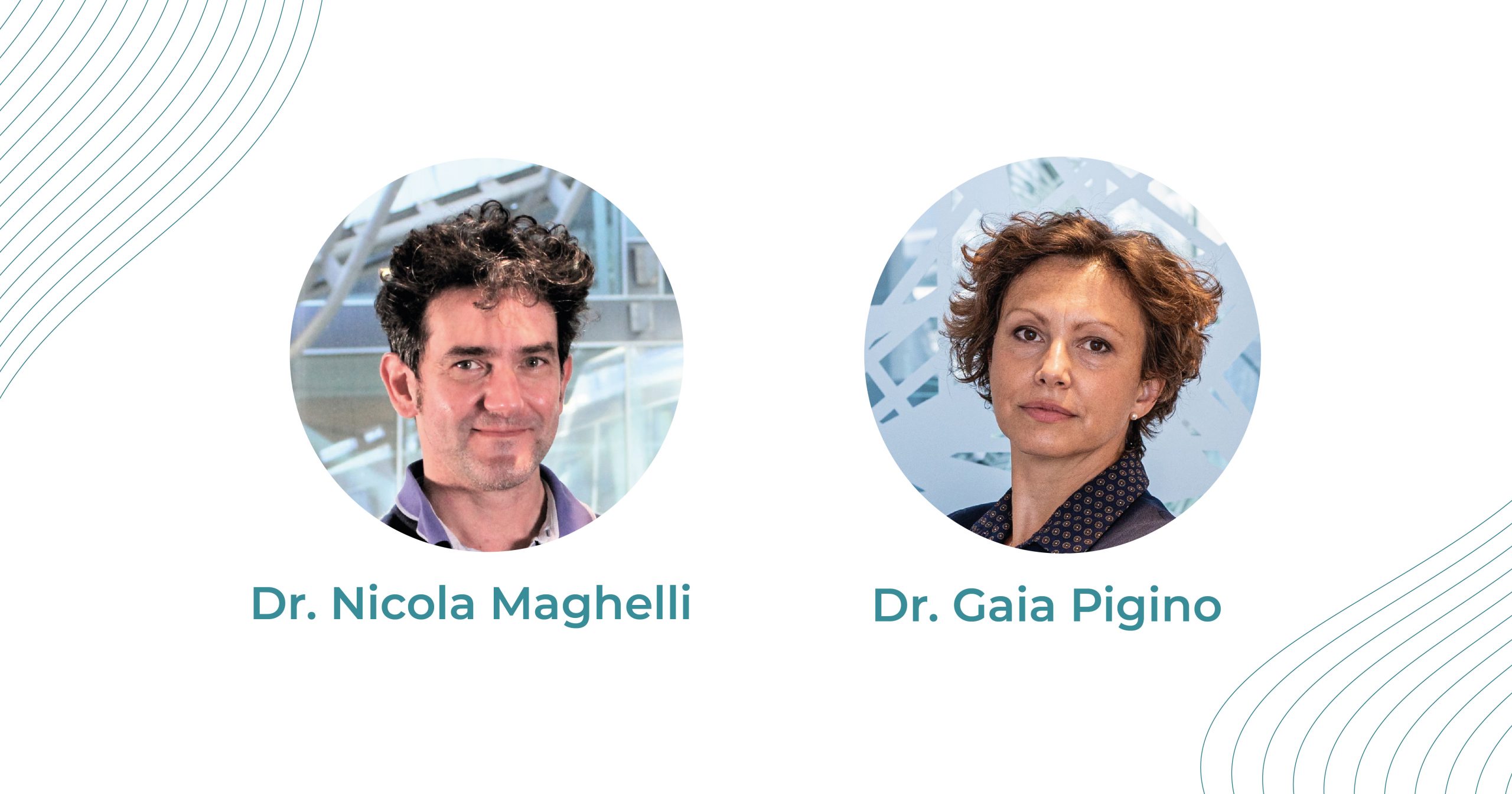 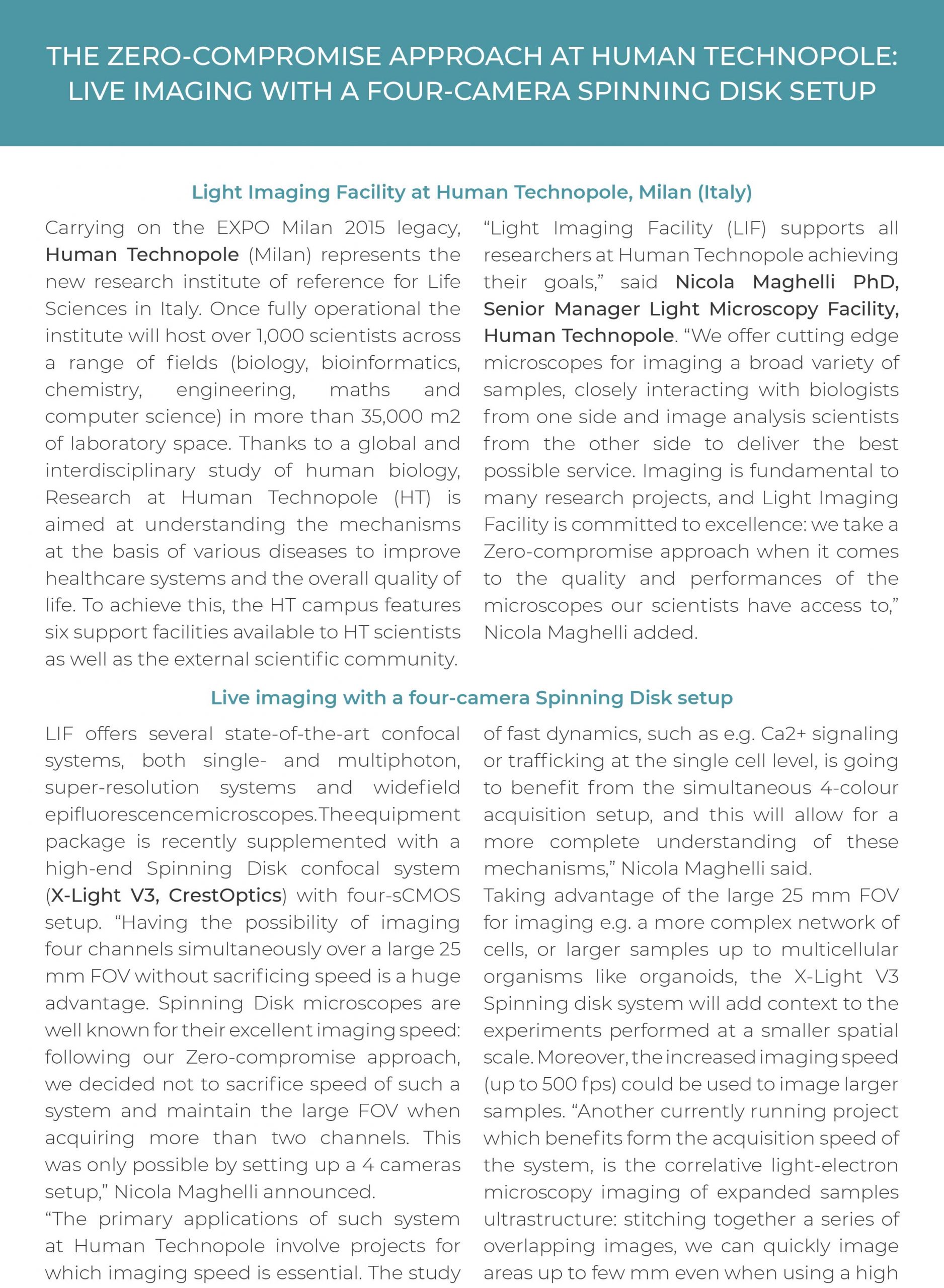 Carrying on the EXPO Milan 2015 legacy, Human Technopole (Milan) represents the new research institute of reference for Life Sciences in Italy. Once fully operational the institute will host over 1,000 scientists across a range of fields (biology, bioinformatics, chemistry, engineering, maths and computer science) in more than 35,000 m2 of laboratory space. Thanks to a global and interdisciplinary study of human biology, Research at Human Technopole (HT) is aimed at understanding the mechanisms at the basis of various diseases to improve healthcare systems and the overall quality of life. To achieve this, the HT campus features six support facilities available to HT scientists.

“Light Imaging Facility (LIF) supports all researchers at Human Technopole achieving their goals,” said Nicola Maghelli PhD, Senior Manager Light Microscopy Facility, Human Technopole. “We offer cutting edge microscopes for imaging a broad variety of samples, closely interacting with biologists from one side and image analysis scientists from the other side to deliver the best possible service. Imaging is fundamental to many research projects, and Light Imaging Facility is committed to excellence: we take a Zero-compromise approach when it comes to the quality and performances of the microscopes our scientists have access to,” Nicola Maghelli added.

LIF offers several state-of-the-art confocal systems, both single- and multiphoton, super-resolution systems and widefield epifluorescence microscopes. The equipment package is recently supplemented with a high-end Spinning Disk confocal system (X-Light V3, CrestOptics) with four-sCMOS setup. “Having the possibility of imaging four channels simultaneously over a large 25 mm FOV without sacrificing speed is a huge advantage. Spinning Disk microscopes are well known for their excellent imaging speed: following our Zero-compromise approach, we decided not to sacrifice speed of such a system and maintain the large FOV when acquiring more than two channels. This was only possible by setting up a 4 cameras setup,” Nicola Maghelli announced.

“The primary applications of such system at Human Technopole involve projects for which imaging speed is essential. The study of fast dynamics, such as e.g. Ca2+ signaling or trafficking at the single cell level, is going to benefit from the simultaneous 4-colour acquisition setup, and this will allow for a more complete understanding of these mechanisms,” Nicola Maghelli said.

Taking advantage of the large 25 mm FOV for imaging e.g. a more complex network of cells, or larger samples up to multicellular organisms like organoids, the X-Light V3 Spinning disk system will add context to the experiments performed at a smaller spatial scale. Moreover, the increased imaging speed (up to 500 fps) could be used to image larger samples. “Another currently running project which benefits form the acquisition speed of the system, is the correlative light-electron microscopy imaging of expanded samples ultrastructure: stitching together a series of overlapping images, we can quickly image areas up to few mm even when using a high magnification objective. After imaging the same sample using an electron microscope, we can correlate the acquired fluorescence signal with the sample’s ultrastructure. And finally, I bet that our scientists will come up with novel applications and original ideas which will take full advantage of the setup capabilities,” Nicola Maghelli said.

Light Imaging Facility is open and available to HT scientists. Its primary focus is keeping pace with the continuous evolvement in imaging technologies and user’s needs.

“Our Spinning Disk system is already a very flexible and capable platform for performing complex and demanding experiments, which can include photoactivation and micromanipulation combined with fast imaging over a large FOV. However, I envision that adding support for microfluidics would make our system even more flexible. Additionally, some applications might benefit from the potential system upgrade with the DeepSIM super-resolution module (CrestOptics). This would be an ideal complement to the large, fast FOV acquisition and allow for diving into the details of a selected sub-region of the sample,” Nicola Maghelli declared. 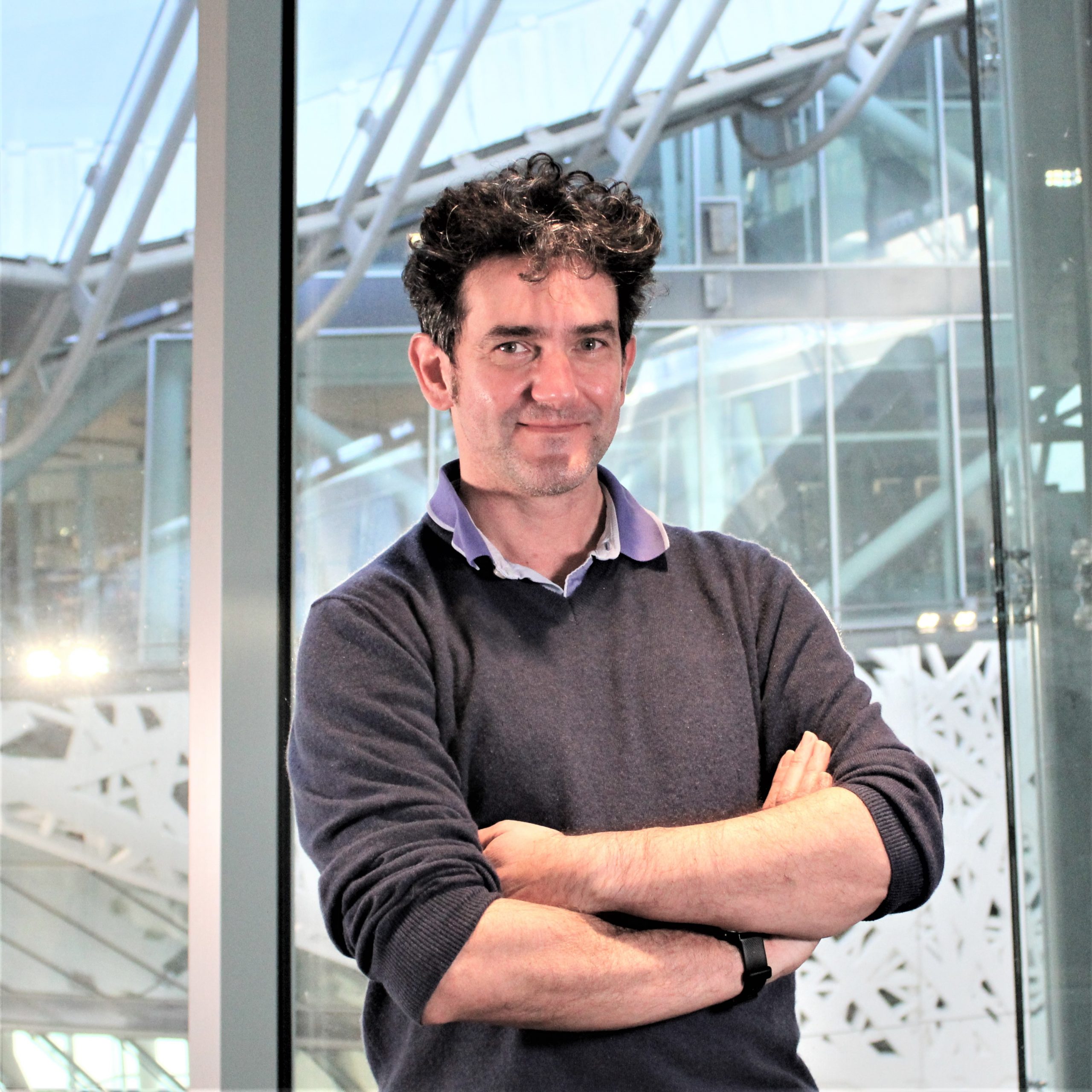 “The unique features of the CrestOptics X Light V3 Spinning Disk confocal unit, such as the easily interchangeable disk unit combined with the large FOV, illumination shaping and uniformity are the key points which makes it standing out and ultimately convinced us to adopt the system.” 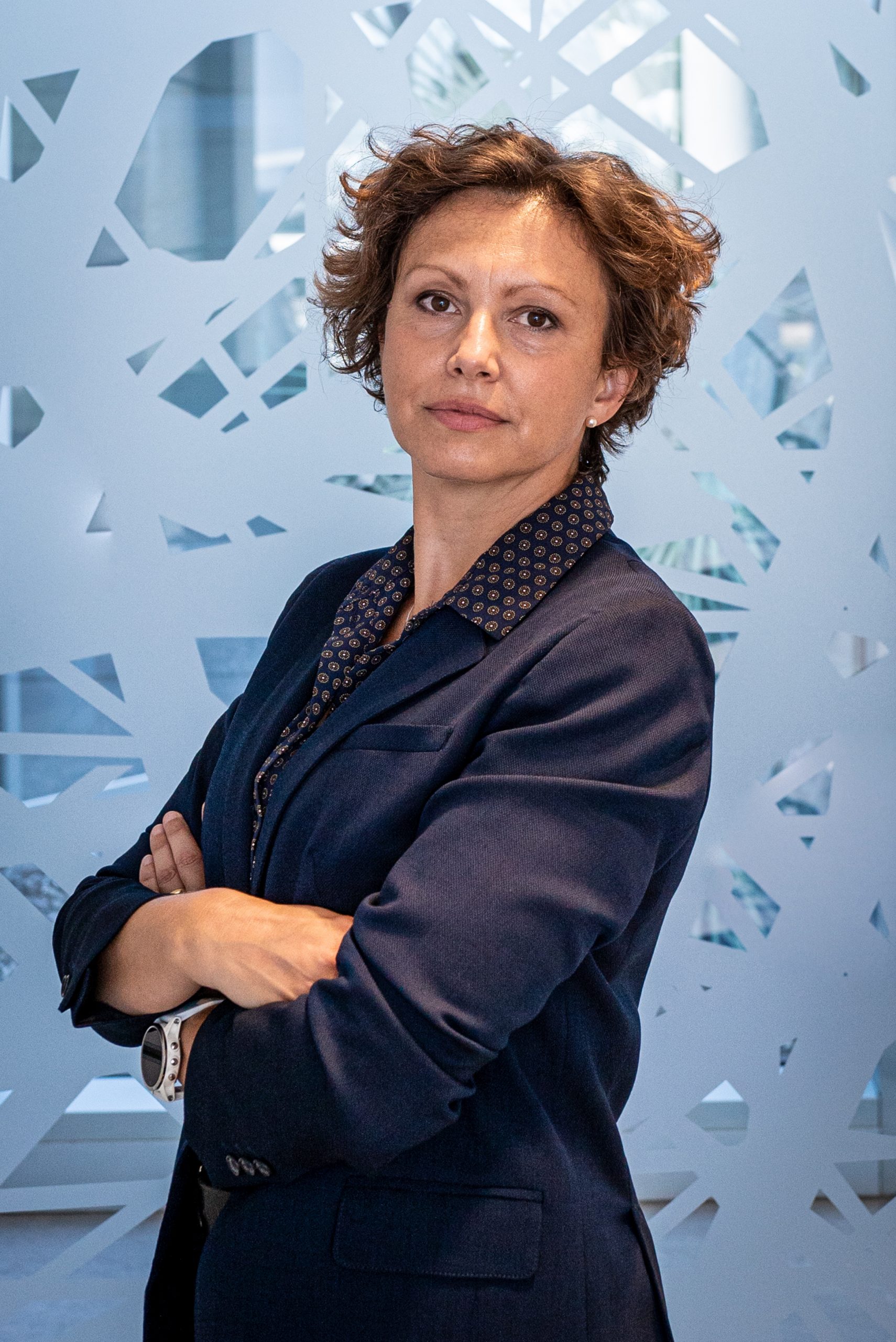 The Pigino group studies cilia and ciliary disfunctions in human pathology. Cilia are cellular organelles that are fundamental from the very early stages of embryo development when they coordinate the typical left/right asymmetry of the vertebrate body to later stages of embryo development when they drive the correct development and function of specific tissues and organs. Eventually, sensory cilia allow us to sense the environment that surrounds us: we see thanks to the connecting cilium of photoreceptors in our retina, we smell through the sensory cilia at the tip of our olfactory neurons, and we hear thanks to the kinocilium of our sensory hair cells. Motile cilia, which also have sensory functions, work as propeller-like extensions that allow us to breath, by keeping our lungs clean, to reproduce, by propelling sperm cells, and even to think, because they contribute to the flow of cerebrospinal fluid in our brain ventricles. The Pigino Group uses a wide range of model organisms, such as Chlamydomonas reinhardtii and Tetrahymena; primary cells as well as cell lines; tissues and is now moving to 3D cultures such as organoids. For their assembly, all cilia require a specialized bidirectional molecular transport system known as Intraflagellar Transport (IFT). IFT-trains, similarly to real trains, move upward and downward the cilia at a speed of about 4 microns/s running on microtubule doublets, which are the railway-tracks of the cilium. The IFT-trains carry the building blocks of the cilium from the cell body upward to the tip of the cilium and then they go back to the base to reload and restart another trip.

IFT-trains carry also signaling molecules that are released from the tip of the cilium and deliver messages to the surrounding cells. Numerous ciliopathies are caused by mutations of IFT genes, however, we still do not know how the IFT-trains are formed and function at the molecular level.

“The high-end Spinning Disk confocal system (X-Light V3, CrestOptics) with four-sCMOS setup has been designed to study the growth of cilia live. With this system it will be possible to follow simultaneously the dynamics of up to 4 differently fluorescently tagged proteins, such as the motors, the adaptors, and the cargos of the IFT system, at the same time. Simultaneous acquisition increases the reliability and solidity of the data, allowing accurate comparison of the behaviour of different protein complexes exactly in the same conditions,” Gaia Pigino said. The large field of view of the cameras allows the imaging of several cilia in the same field of view and the acquisition of data required for adequate quantitative and statistical analysis. “Importantly, the CrestOptics system allows us to image our sample in Z deeper than with other techniques such as TIRF. In addition, the CrestOptics spinning disk system allows us to scan cilia in Z throughout their whole thickness at higher speed than a confocal and at the same time reducing the damage induced by the excitation laser,” Gaia Pigino stated. These conditions are optimal to record the behaviour of 4 proteins, such as the IFT trains, that run on microtubules at speeds as fast as 4 μm/sec. The system is equipped with 2 micro-manipulators and pumps that we will use to locally modify the environment and manipulate cells and cilia while we observe fast dynamic molecular processes in them. “Thanks to the modularity of the CrestOptics and Nikon systems we have been able to set up a system that suits our current needs, with the option of future integrations or modifications for what we might need in the future, “ Gaia Pigino concluded. 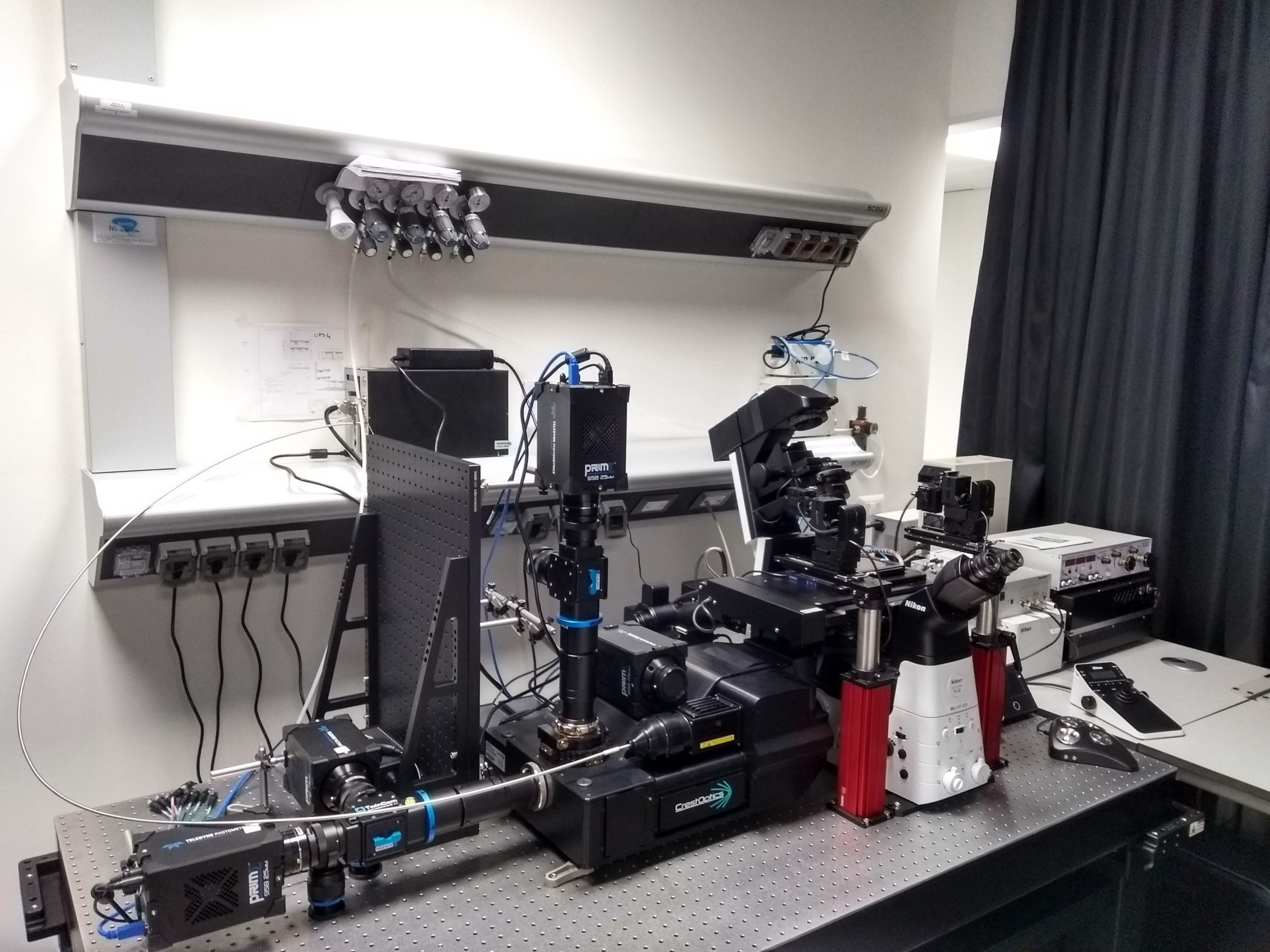 The four-camera setup provides the option not to sacrifice the speed or the 25 mm FOV and at the same time enables the user to excite and acquire up to four channels simultaneously in the four separated Prime 95B sCMOS. In the first experiments the staff at Light Imaging Facility reached a temporal resolution of 25 fps, which means exposing each of the 4 fluorophores channels at 40 msec, a decent time exposure to excite even dim signals. This results in a 4x increase in acquisition speed compared to single camera setup, where single channels are exposed consecutively.

The X-Light V3 Spinning Disk system with four-camera setup also proved to be extremely useful to image large organoids in just 3 minutes with 15x time saving compared to the 45 minutes acquisition time needed with a point scanning confocal system. In particular, the Automated Stem Cell and Organoid Facility at Human Technopole will benefit from the high throughput and temporal resolution of this Spinning Disk unit for the analysis of hundreds of large organoids (500-1000 µm-sized) a day, which is not possible with a point scanning confocal microscope on a daily basis. 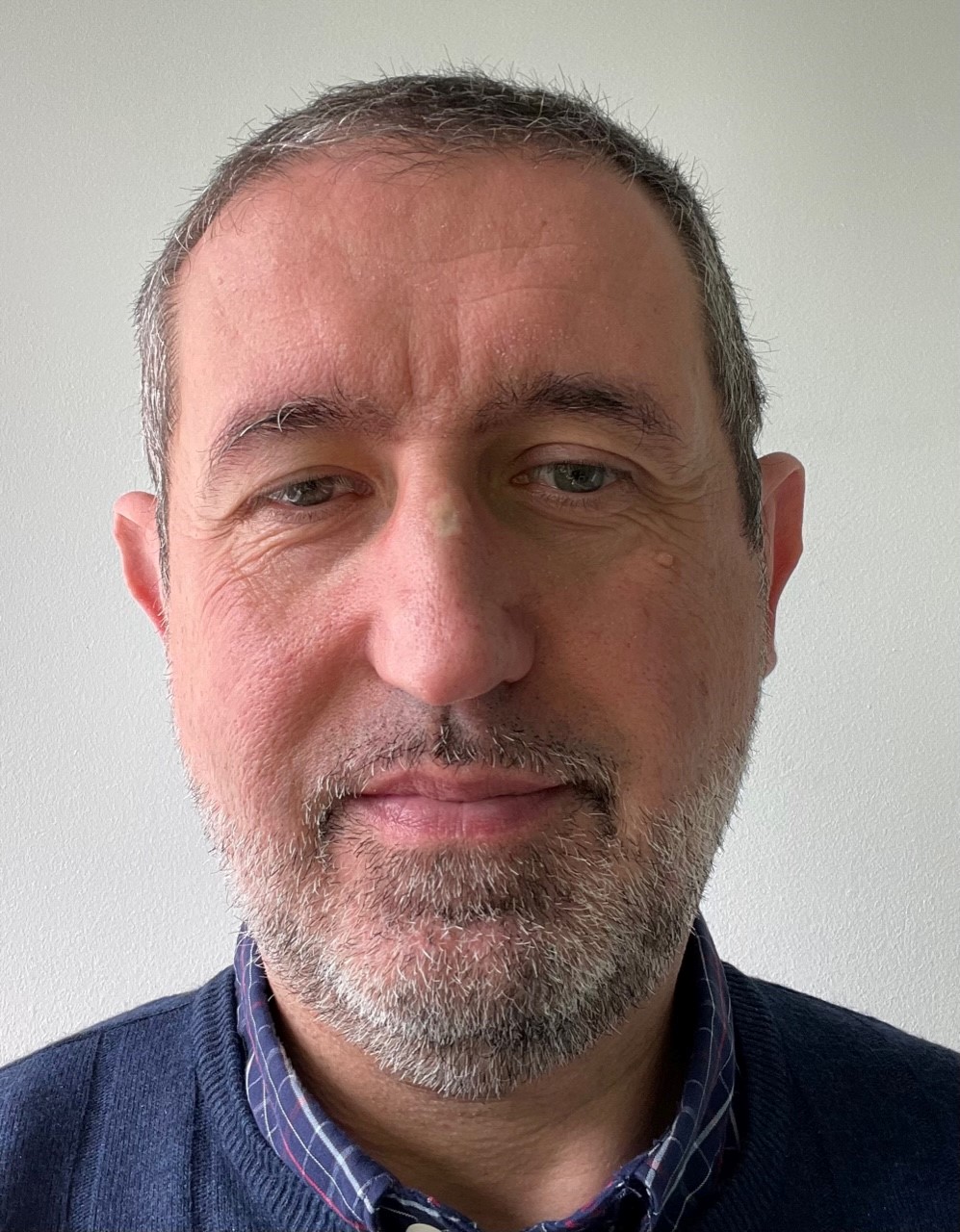 “The fruitful collaboration between Nikon Instruments and CrestOptics has generated many successful stories across Italian Life Sciences Microscopy market.  Nikon has been the direct interface with Human Technopole staff, acting as a bridge with the system manufacturer, CrestOptics, and adding an extra-value in terms of scientific and technical support for the end user. Promoting the interaction between CrestOptics and Human Technopole will have a positive impact in the development of next-generation technologies.”