Here is shown a ventricle-like structure within a cortical organoid of 50 days in vitro, acquired with CrestOptics Confocal Spinning Disk and stained for MAP2 (cyan), Pax6 (red) and N-Cadherin (green), which are markers for ventricular and subventricular-like regions. 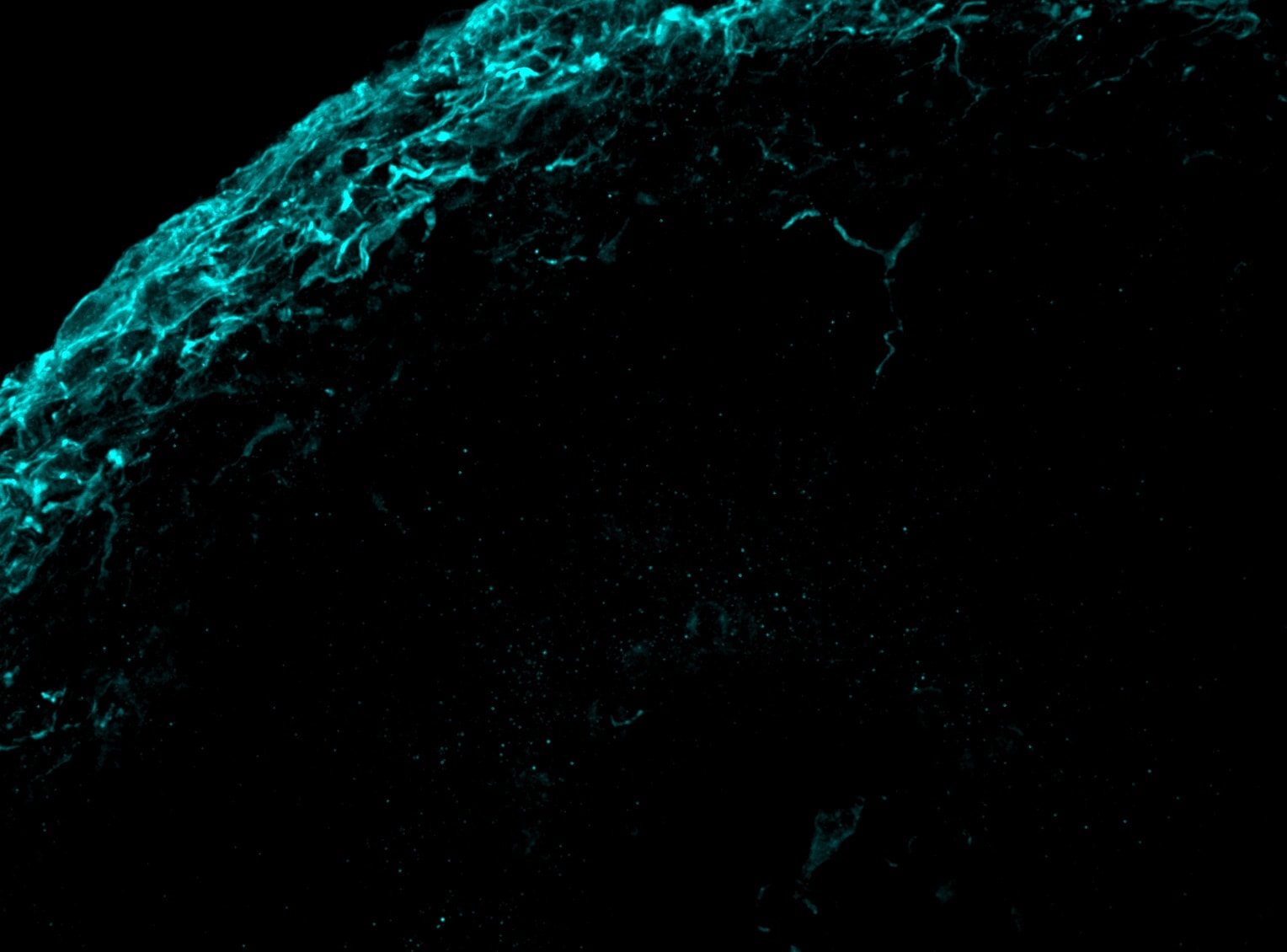 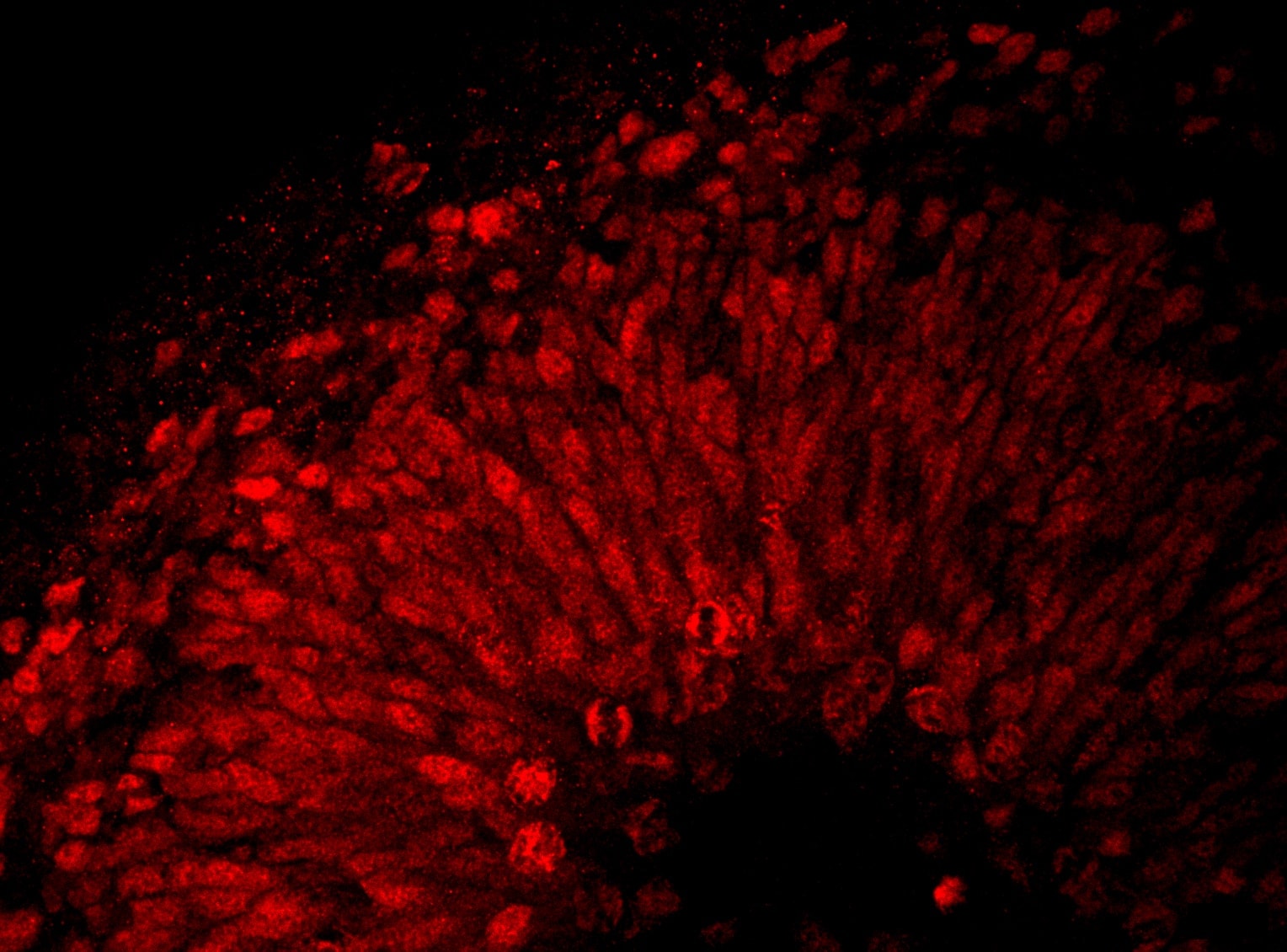 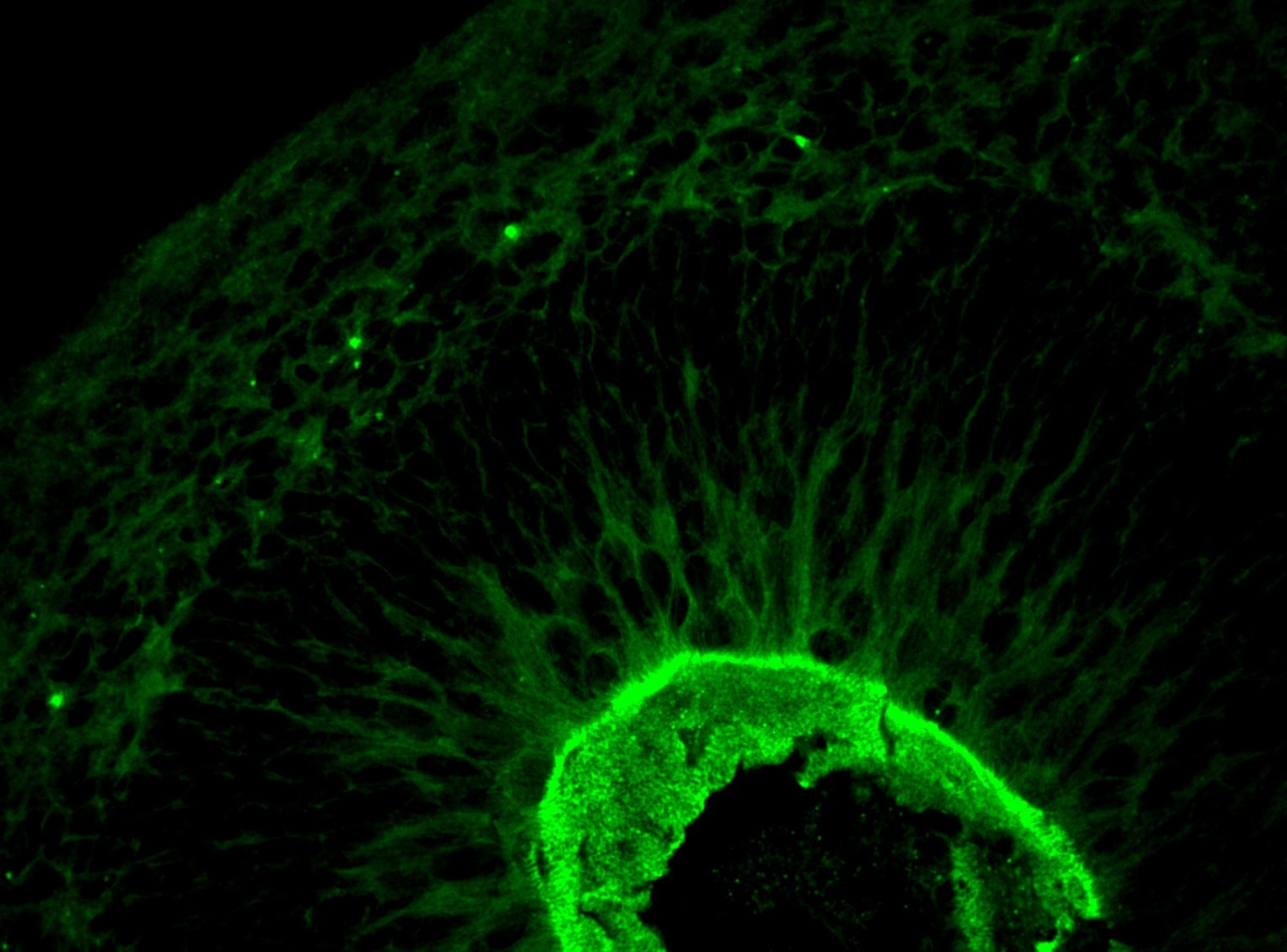 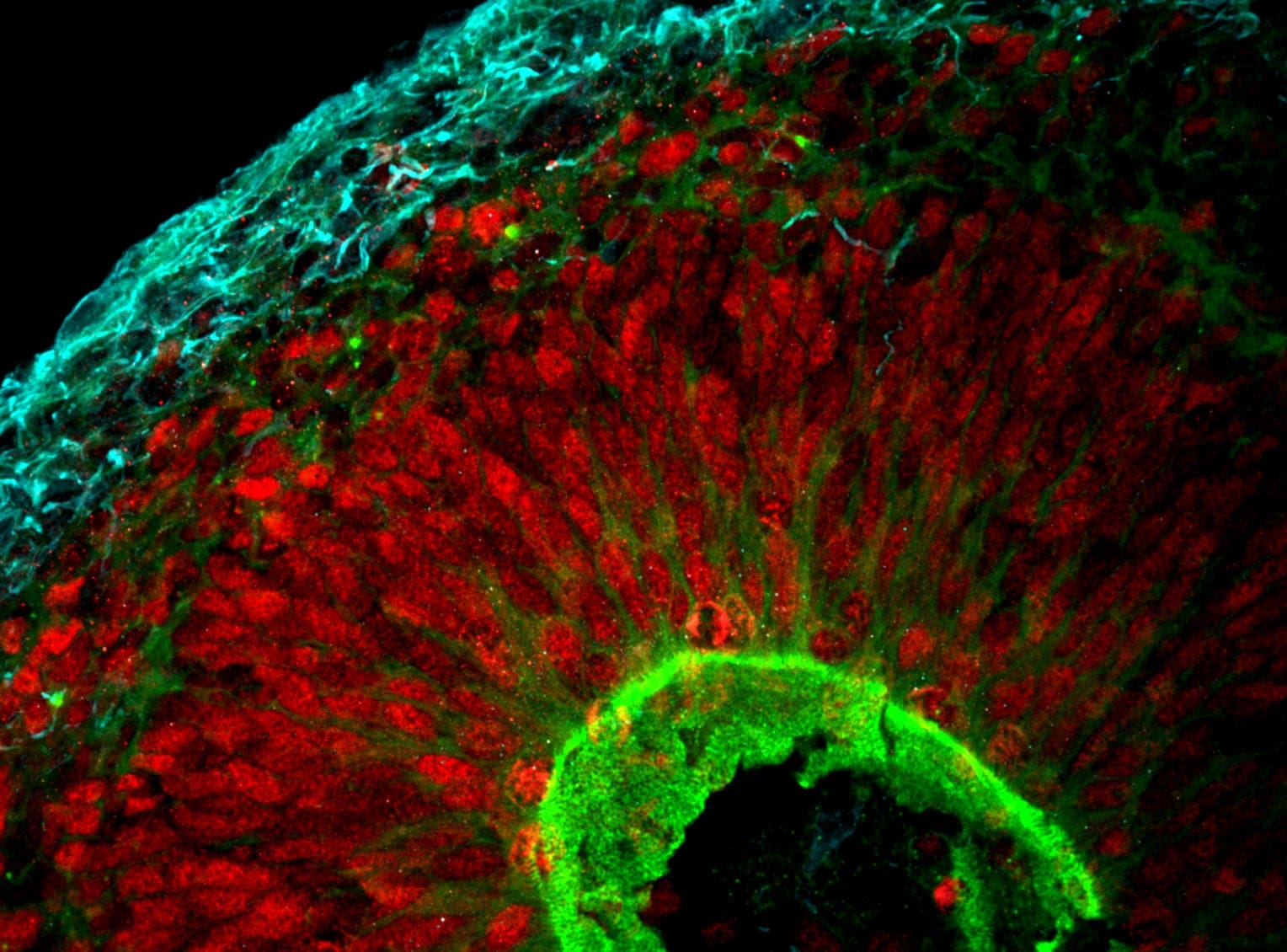 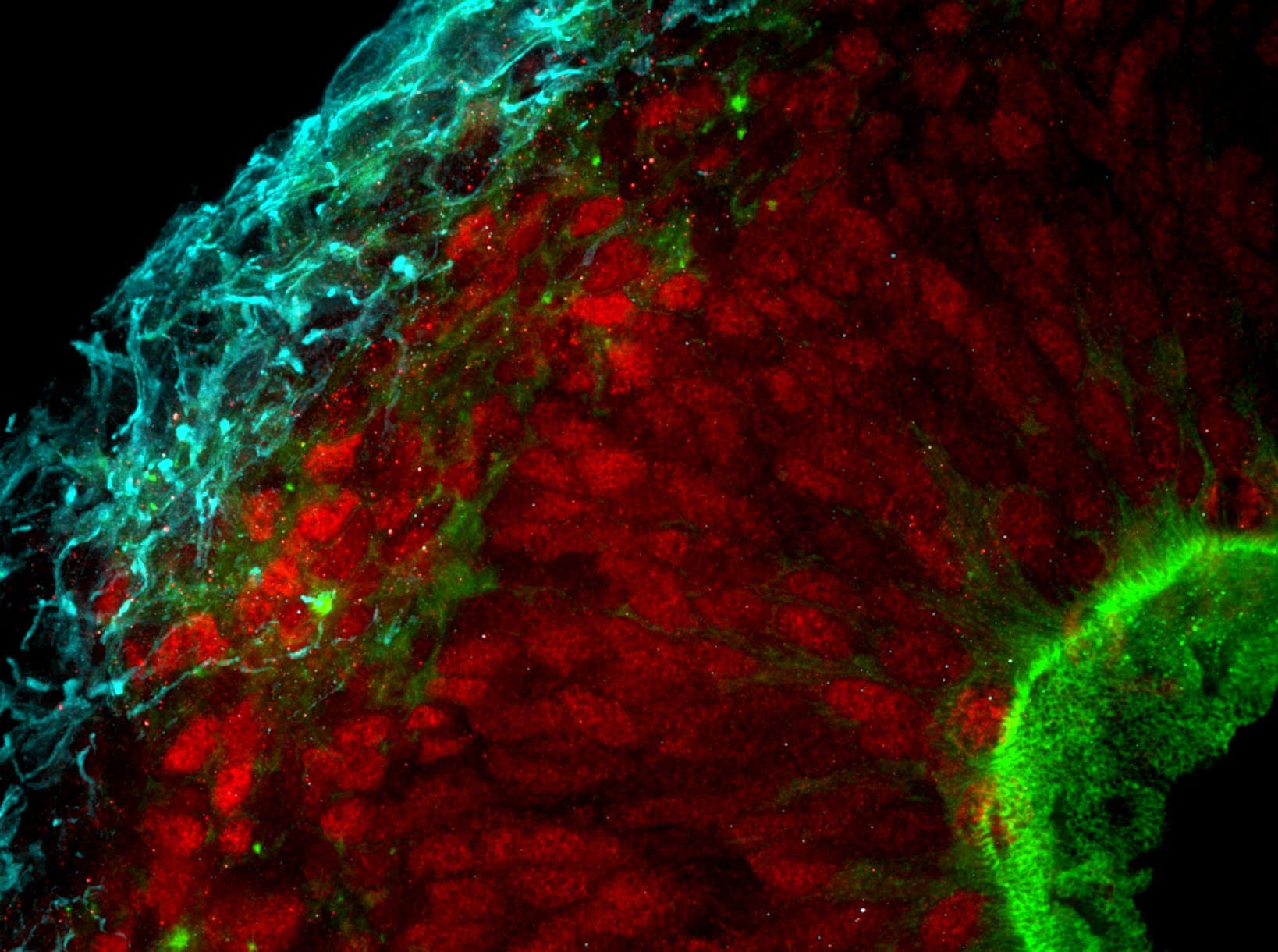 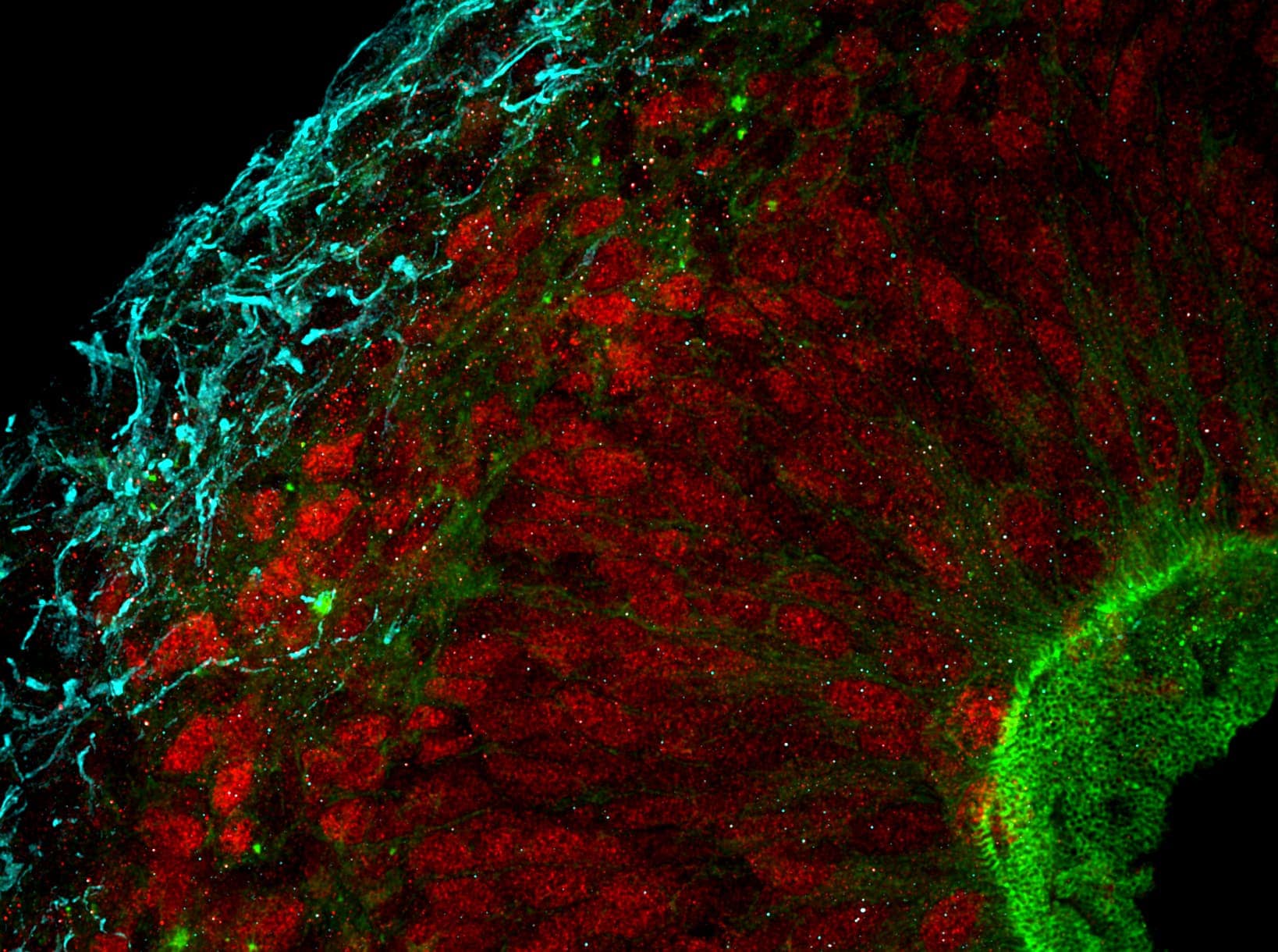