Nowadays, we often hear about the use of dexamethasone to treat inflammation and even in the treatment of COVID-19. Such medications are based upon cortisol, which is produced by the body’s adrenal glands. In large quantities, the hormone cortisol suppresses the immune system’s inflammatory and allergic responses, and is a key component of the stress response. When your body makes too much cortisol over a long period of time (Cushing syndrome), or in patients who take medicines such as dexamethasone/prednisolone, there is the risk of developing type 2 diabetes.

In a study conducted in the laboratory of Dr Hodson at the Institute of Metabolism and Systems Research (IMSR, University of Birmingham, UK) and published in Diabetes (Fine et al, 2018), they identify a novel physiological mechanism by which endogenous glucocorticoids maintain pancreatic β-cell function through the stimulation of cAMP signaling to maintain insulin secretion. They demonstrate that during states of glucocorticoid excess, known to be deleterious for insulin release from β-cells and, this protective feedback loop fails and may contribute to impaired insulin release and hence to type 2 diabetes.

In Fine et al., in situ imaging approaches and biosensors were used to reveal that glucocorticoids perturb Ca2+ concentration in the cytoplasm of β-cells by acting on their voltage-dependent Ca2+ channels. This, however, does not reduce insulin secretion because glucocorticoids upregulate endogenous cAMP signals to increase insulin granule number at the membrane (the mechanism demonstrated in this study is schematically reported in Figure 8 of the original paper).

Figure A: β-cells in a mouse pancreatic islet transduced with Epac2-camps. Time-lapse imaging performed with X-Light spinning disk has been acquired with a frame rate of 5 seconds (s) per frame for a total length of about 25 minutes (min). Images and movie are shown with RedFire Luts. Scale bar, 100 um. 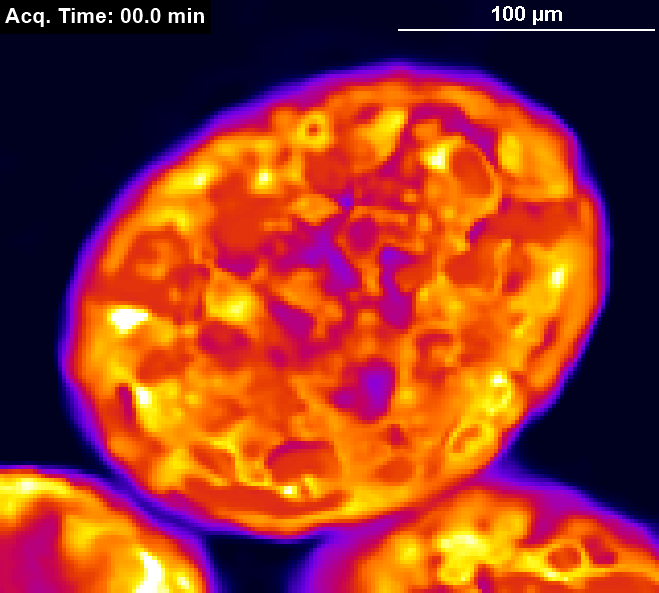 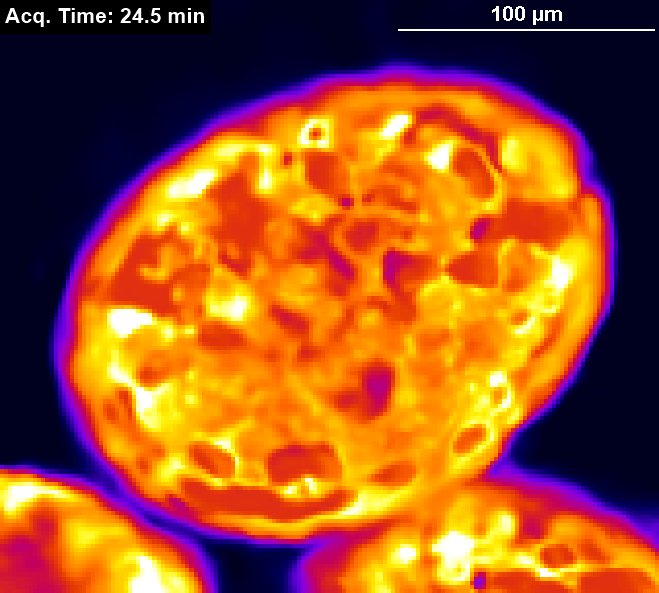 Figure B: FRET-measurements conducted on b-cells in mouse pancreatic islets transduced with Epac2-camps. G3 = 3 mM glucose (basal); G11 = 11 mM glucose (moderate) and FSK = forskolin (positive control). cAMP is normalized as F/Fmin, where F is fluorescence at any given time point and Fmin is minimum fluorescence during the recording (i.e., under basal conditions). 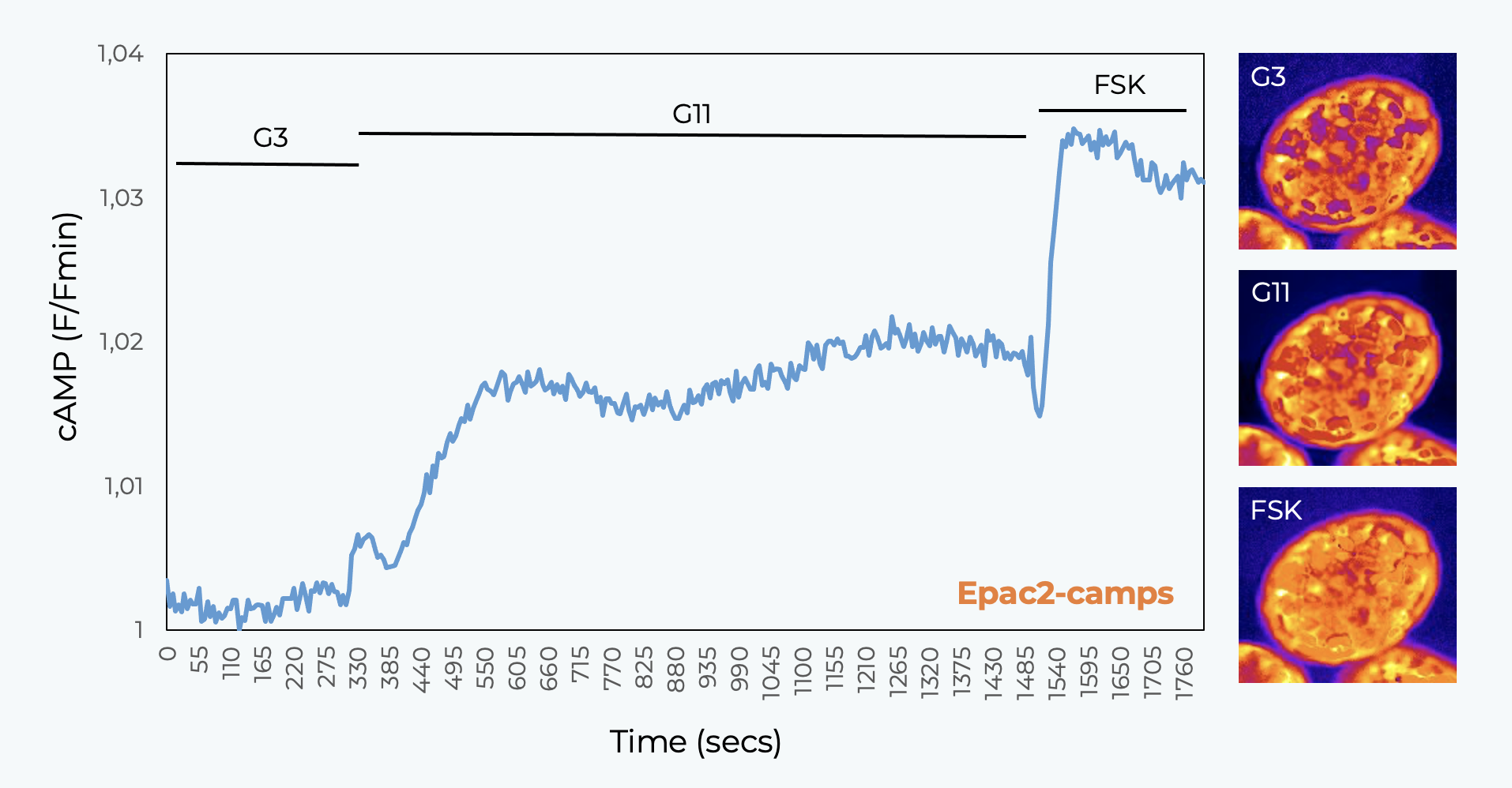 Islets were loaded with 10 mmol/L Fluo8 AM for 45 min at 37°C before washing and incubation in buffer for another 30 min to allow cleavage by intracellular esterase. Imaging was conducted by using a CrestOptics X-Light spinning disk and 103/0.4 numerical aperture (NA) objective. Excitation was delivered at l = 458–482 nm (400-ms exposure, 0.33 Hz) and emitted signals detected at l = 500–550 nm by using an electron-multiplying charge-coupled device (Photometrics). Fura2 was loaded as for Fluo8, and imaging was performed by using light-emitting diodes (excitation l = 340/385 nm, emission l = 470–550 nm).

ATP/ADP ratios and cAMP responses were measured by using adenovirus harboring either Perceval (excitation/emission as for Fluo8) or the fluorescence resonance energy transfer (FRET) probe, exchange protein directly activated by cyclic-AMP2 (Epac2)-camps (excitation l = 430–450 nm; emission l = 460–500 nm and 520–550 nm). For Perceval, glucose was increased from 3 to 11 mmol/L, which leads to plateau responses.

All experiments were carried out in an ethical manner and approved by corresponding Research Ethics Committees.

The application note has been prepared in collaboration with David J. Hodson and Cairn Research