Budding yeast Saccharomyces cerevisiae (S. cerevisiae) is one of the most widely used eukaryotic model organisms, due to its ease of manipulation in both haploid and diploid forms, and rapid growth compared to animal models. S. cerevisiae has been used to study cell cycle, apoptosis, aging, metabolism, signal transduction, trafficking, and many other biological processes. In the majority of cases, yeast has been the model organism in which these pathways were originally identified and studied.

At the Institute of Molecular Biology and Pathology (IBPM-CNR, c/o Sapienza University of Rome), Dr Patrizia Filetici and her collaborator Dr Manuela Leo make use of S. cerevisiae to explore various aspects of the cell cycle, from mechanisms regulating cell division to subcellular structures and organelles involved in different physiological processes, for example in the mitophagy.

In Figure 1A, we show the maximum intensity projection (MIP) of full field of view acquired (1608×1608 pixels, camera Photometrics 95B), by enhancing look-up tables you can appreciate the high amount of cells captured. Moreover, in Figure 1B a detailed 3D volume view of a region of interest (ROI), processed by advanced denoising algorithm (tool provided by Nikon Nis Elements software), enabled us to appreciate the cellular localization, in mitochondria and cytoplasm. In Figure 2A, we report a 3D movie (ROI 500×250 pixels) of a time-lapse imaging acquired every 30 seconds, run for about 30 minutes in both channels (GFP, mCherry) and along Z axis (0.3 um Z step size, for a total thickness of 8.7 um) on the full camera chip. The aim of this live experiment was to characterize the fluorescent stability over-time. We measured the fluorescence intensity on cells of interest (7 areas selected) and we clearly observe a stable intensity profile (Figure 2B).

All things considered, contrary to what has always been thought that yeast is hard to see by fluorescent confocal microscopy, here we demonstrate that with our X-Light V3 spinning disk is possible to visualize endogenously expressed fluorescent proteins in S. cerevisiae. Moreover, during time-lapse experiment the health of cells is preserved and fluorescence bleaching is avoided. 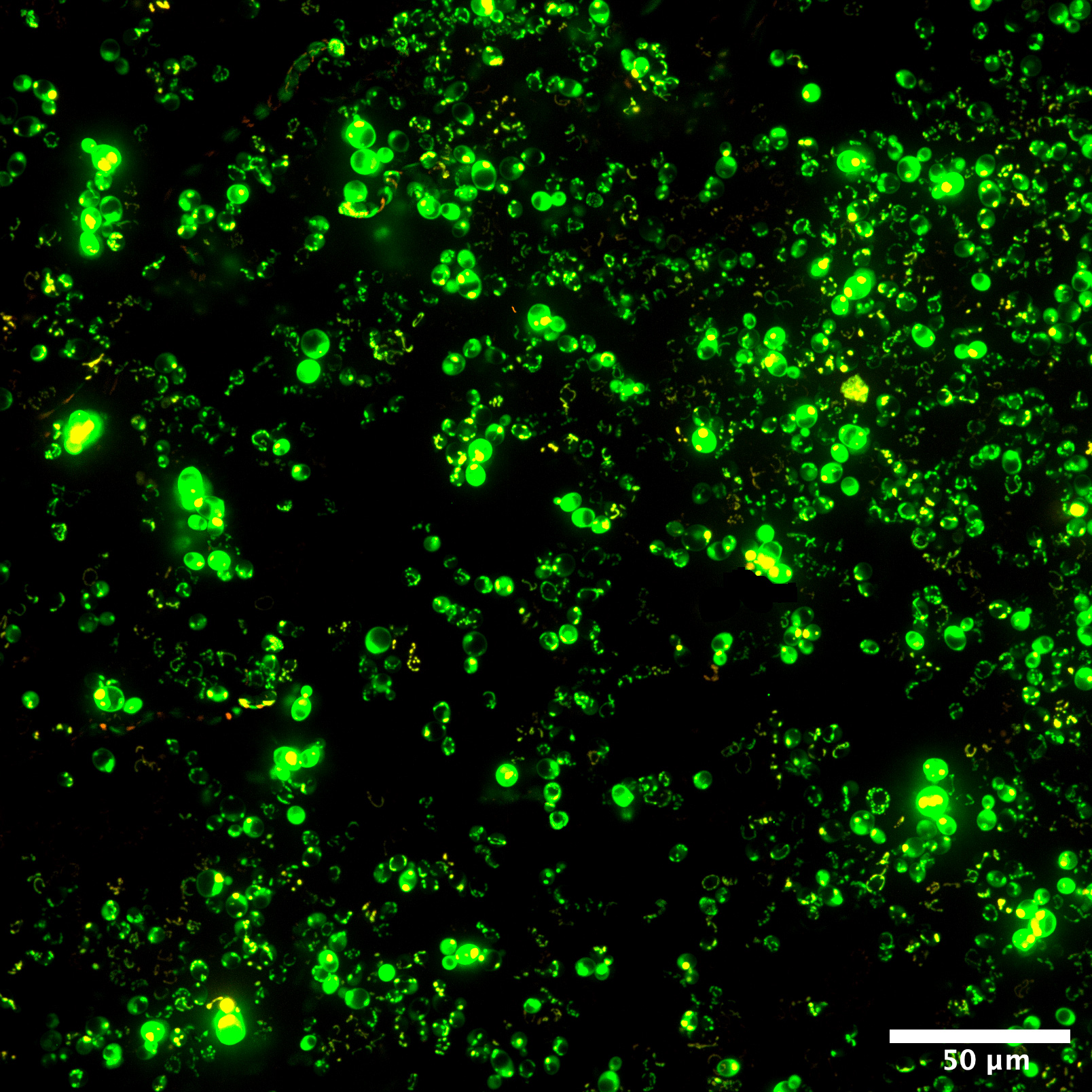 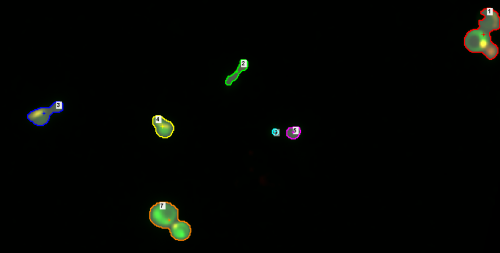 To conclude, from yeast to humans fundamental  pathways that control key aspects of eukaryotic cell biology are highly conserved with all the regulators involved. It is worth mentioning that up to about 30% of genes implicated in human disease have conserved orthologs in yeast. These and the many protocols of molecular genetics explain the relevant role of  yeast as a model organism for human disorders often employed in understanding cancer regulatory mechanisms and neurodegenerative disorders.