Andrea Latini, CEO of CrestOptics as well as one of the company founders, could you tell us how the idea of improving microscope resolution was conceived? 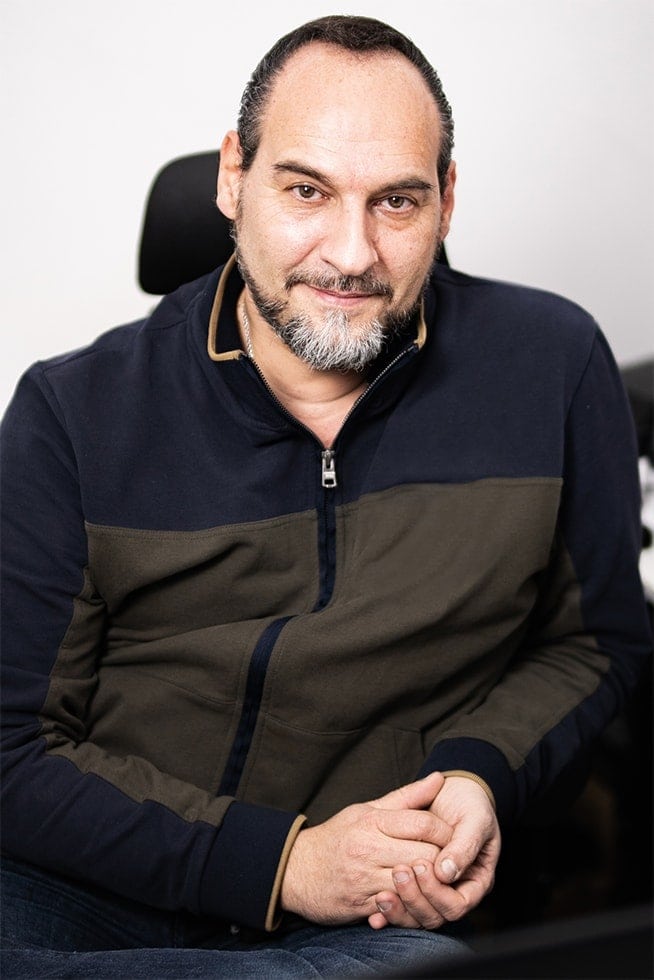 Confocal microscopy is a well known technology invented in 1957 to overcome common resolution limitations of traditional wide-field fluorescence microscopy. It was initially based on a single point laser scanning technique and a variety of confocal systems are still using the same approach today.

The natural improvement of single point laser scanning confocal microscopy has been the use of multiple focused laser spot scanning the sample under inspection: this new technique was making advantage of a rotating glass disk with a microlithography pinholes mask rotating at a very high speed (the ‘Nipkow’ spiral disk, from 1000 RPM to 15.000RPM). This evolution is called Confocal Spinning Disk Fluorescence Microscopy.

By end of 2009, together with a team of highly experienced engineers and designers, we decided to explore the possibility to build a new State-of-the-Art Confocal System based on the rotating spinning disk principle. The idea was to collect a variety of disruptive emerging technologies and a number of new proprietary inventions to build a robust and high performance Confocal Spinning Disk System and, at the same time, to make it affordable to the majority of Biology Research Centers around the world.

We founded CrestOptics in early 2010 and up to today we delivered a total of more than 800 new Confocal Systems to Core Facilities, University Campus and Pharma Industries.

Your products support scientific research and the company heavily invests in R&D. What exactly does that entail?

We do introduce to the market a new product about every two years and we do invest about 1.5 ML USD in R&D every year

We are always focused on emerging technologies and analytical techniques to improve our system’s performance and to implement new solutions to our ‘next’ innovative system.

This is why our R&D team is actively participating to a number of International congresses and meetings in the fields of Laser Technology, Advanced Detection Systems and Sensors, to present new proprietary findings and to learn about novel techniques in the Fuorescence Microscopy application field.

We do introduce to the market a new product about every two years and we do invest about 1.5 ML USD in R&D every year.

Does CrestOptics hold any patents?

The Company owns a number of patents. They include inventions of several new proprietary spiral pattern for the spinning disk (the ‘core’ of our system), and the innovative optical layout of our Confocal solutions.

Does CrestOptics hold any patents?

The Company owns a number of patents. They include inventions of several new proprietary spiral pattern for the spinning disk (the ‘core’ of our system), and the innovative optical layout of our Confocal solutions.

We started to penetrate the Chinese market about two years ago starting with a deep research for this particular territory involving interviews to main ‘Research Gurus’ in the most important Research Campus and Facilities. We are already active in China, either with a direct distribution structure or through our Japanese sales force. Of course we do expect a growing business volume given the recent agreements involving Chinese export/import policies.

In 2016, CrestOptics was one of the 10 Italian companies rewarded among the 500 fastest-growing companies in Europe. What are your prospects now for 2019?

The Company experienced a solid 20-25% mean revenue growth since 2010. Given the recent equity injection by our new Stakeholder Principia SGR and the significant investment plan for both Sales and R&D we do expect a 40-45% growth for 2019.

We know you are working on new products that will be used in diagnostics. Could you tell us something about them?

We are mainly focused on tumor research and cognitive impairment diseases

Cannot disclose a lot unfortunately and it is easy to understand why… Anyhow we are mainly focused on tumor research and cognitive impairment diseases. This is a 6ML USD total investment project over a three year time span together with the Italian Institute of Technology (“the JointLab” between our Company and IIT).