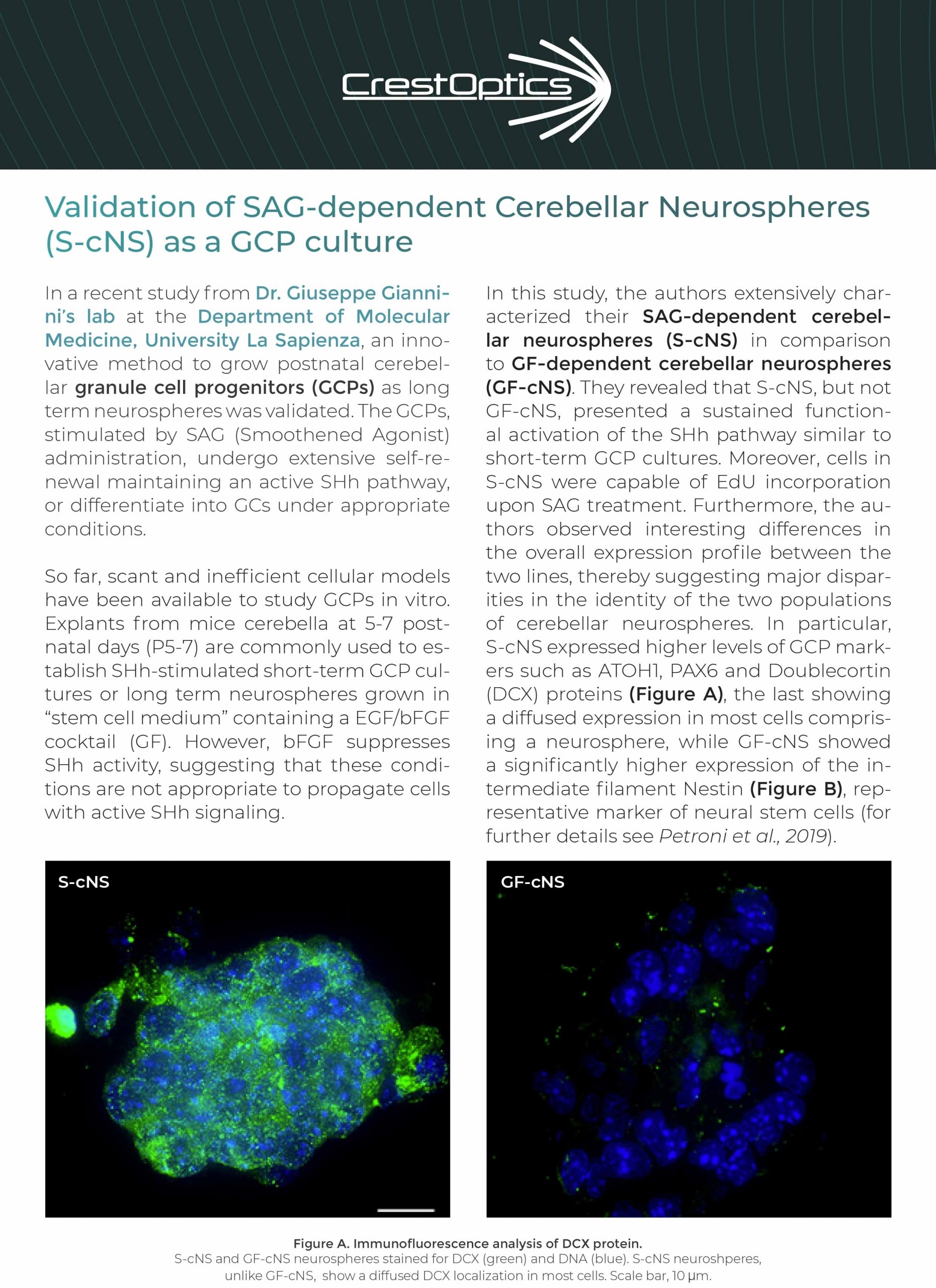 So far, scant and inefficient cellular models have been available to study GCPs in vitro. Explants from mice cerebella at 5-7 postnatal days (P5-7) are commonly used to establish SHh-stimulated short-term GCP cultures or long term neurospheres grown in “stem cell medium” containing a EGF/bFGF cocktail (GF). However, bFGF suppresses SHh activity, suggesting that these conditions are not appropriate to propagate cells with active SHh signaling.

In this study, the authors extensively characterized their SAG-dependent cerebellar neurospheres (S-cNS) in comparison to GF-dependent cerebellar neurospheres (GF-cNS). They revealed that S-cNS, but not GF-cNS, presented a sustained functional activation of the SHh pathway similar to short-term GCP cultures. Moreover, cells in S-cNS were capable of EdU incorporation upon SAG treatment.

Furthermore, the authors observed interesting differences in the overall expression profile between the two lines, thereby suggesting major disparities in the identity of the two populations of cerebellar neurospheres. In particular, S-cNS expressed higher levels of GCP markers such as ATOH1, PAX6 and Doublecortin (DCX) proteins (Figure A), the last showing a diffused expression in most cells comprising a neurosphere, while GF-cNS showed a significantly higher expression of the intermediate filament Nestin (Figure B), representative marker of neural stem cells (for further details see Petroni et al., 2019). 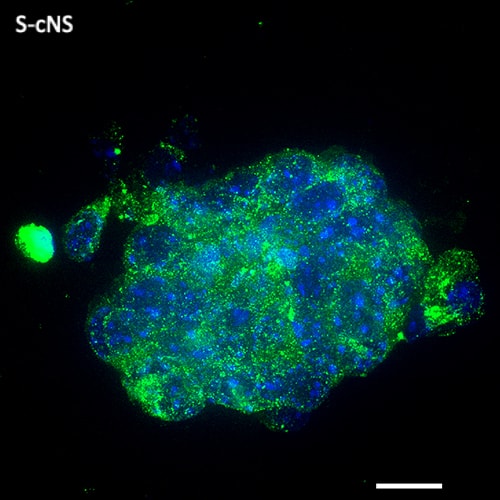 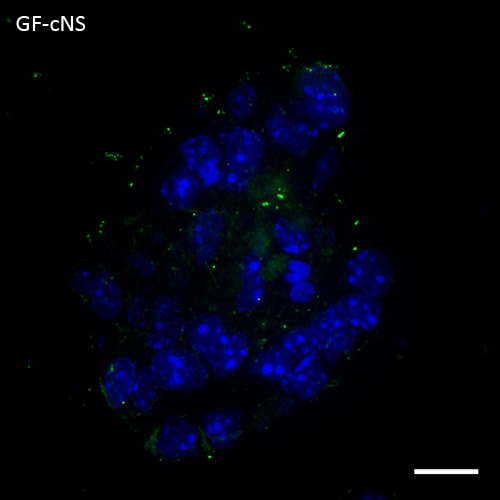 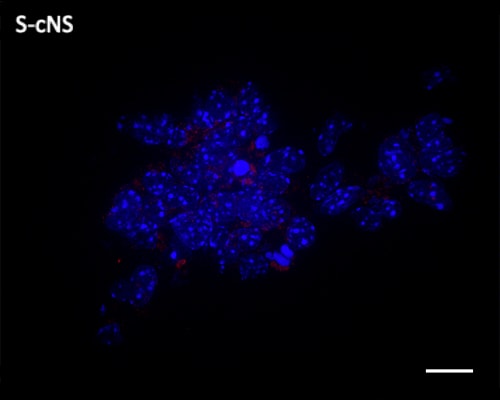 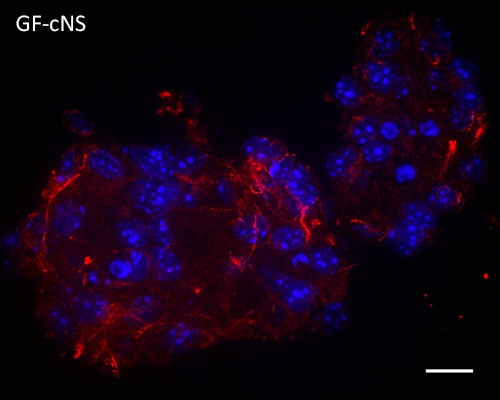 To further address whether S-cNS accounted for GCPs, both these and GF-cNS were induced to differentiate. S-cNS derived cells displayed the typical neuron-like morphology characterized by a fusiform cell body extending few neurites of different lengths. Moreover, the vast majority of them expressed the neuronal marker b3-tubulin, GABRA6 and VGLUT1 proteins (Figure C), suggesting their differentiation into GCs. 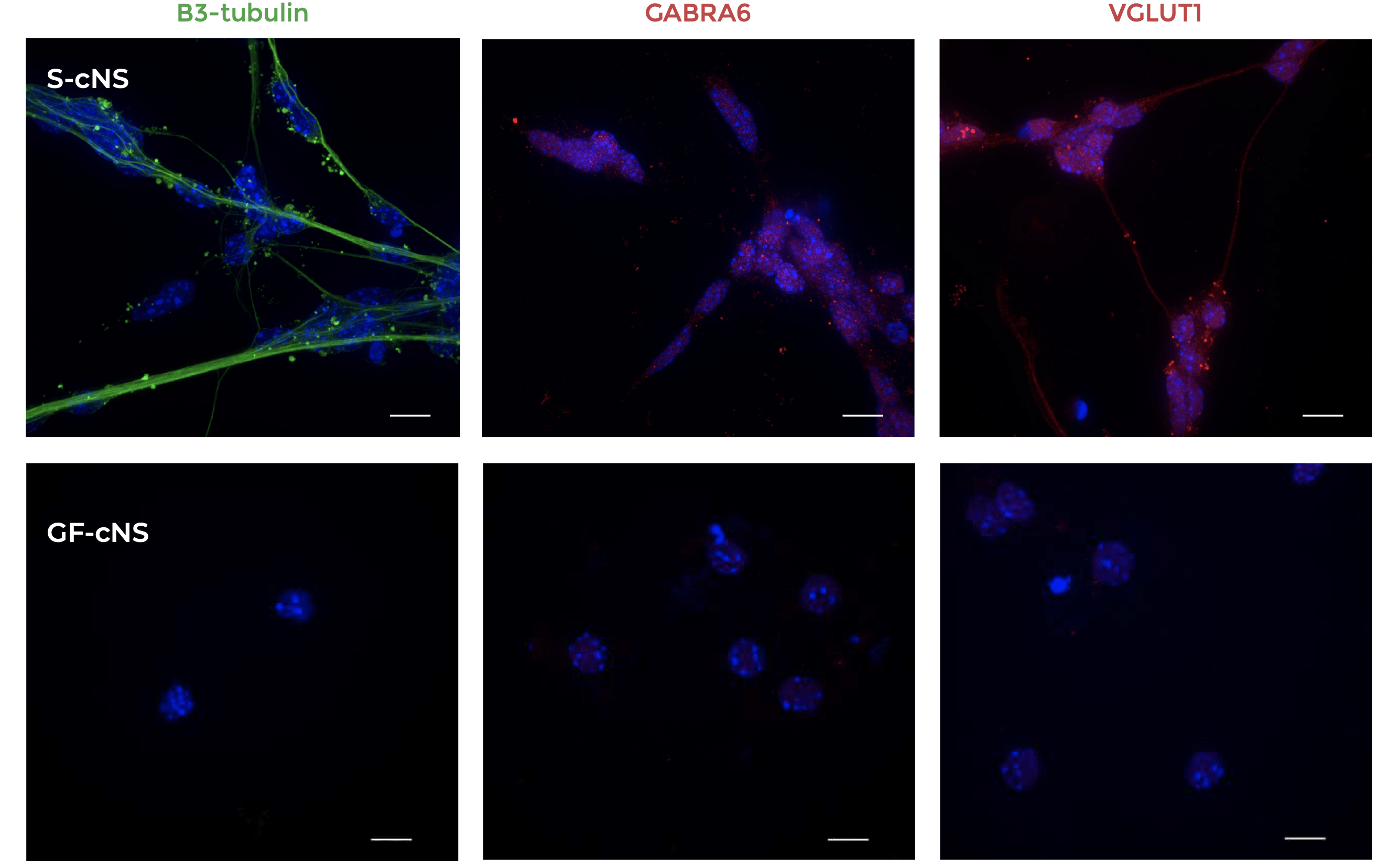 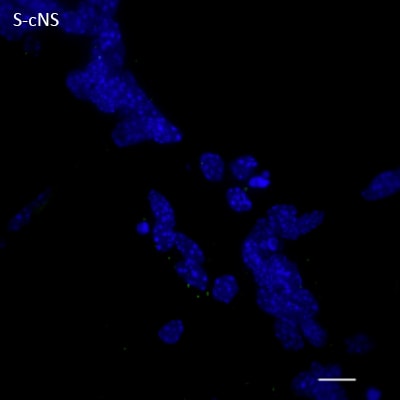 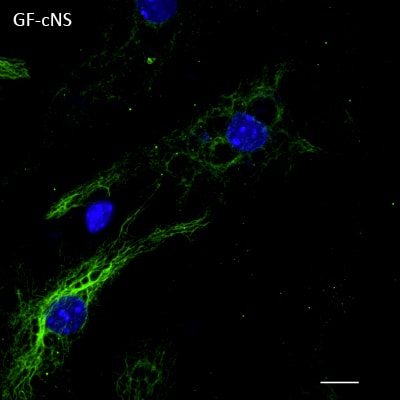 These data thereby indicate that S-cNS represent a novel long-term and nearly homogenous population of proliferating, non-transformed GCPs in vitro that are maintained in culture through the activation of the SHh pathway (via SAG).

SHh drives the expansion of Atoh-1 positive GCPs to coordinate appropriate cerebellar histogenesis. The complex regulation of this pathway has been partially elucidated. In the absence of SHh, the 12-pass transmembrane receptor Patched 1 (Ptch1) constitutively inhibits the seven-pass transmembrane G protein coupled receptor Smoothened (SMO), keeping the pathway inactive. Upon binding of SHh to Ptch1, the inhibition on SMO is alleviated, allowing in turn to the pathway activation. Coherently PTCH1 knock out and some SMO mutations (e.g. SMO-M2) are both able to induce SHH dependent Medulloblastoma in mice.

Taking advantage of the S-cNS model, the authors uncovered that the PTCH1 knock out, but not the SMO-M2 mutant, is sufficient to maintain a constitutively active SHh pathway and to support GCP survival/proliferation in a cell-autonomous context. The paper suggests that in a SMO-M2 mutant background, PTCH1 may exert at least a partial inhibition on the SMO receptor which may, however, be released by SAG administration. Therefore, the authors demonstrate that S-cNS can be used to address issues related to SHh signaling and, in principle, any other biological and biochemical issue concerning GCPs/GCs in a native and cell-autonomous context.

S-cNS and GF-cNS cells were fixed with fresh 4% formalin in 0.1 M of phosphate buffer, pH 7.2, for 24 hours at 4 °C. After washing in PBS, neurospheres were centrifuged at 1200 rpm for three minutes at room temperature and frozen in optimal cutting temperature compound. The cryosections were analyzed by immunofluorescence assay for Nestin and Doublecortin (DCX) as indicated in the figure legends. Alternatively, both cultures were seeded on poly-lysine plates and induced to differentiate under opportune condition. Adherent cells were fixed in 3,7% formaldehyde/PBS for 15 minutes at RT and analyzed by immunofluorescence for b3-tubulin, GABRA6, VGLUT1 and GFAP as indicated in the figure legends. HOECHST was used to stain cell nuclei (shown in blue). ProLong Glass Antifade Mounting was used (Invitrogen).

Re-use of images from this article is done under the terms and conditions of the Creative Commons Attribution (CC BY) license (http://creativecommons.org/licenses/by/4.0/).