How fast can we go?

A crucial issue in imaging live samples is the capability to catch correct dimensions and localization of small fluorescent particles and track them while moving at high speed. The maximum achievable acquisition speed is influenced by many factors, mostly related to the sample (fluorescent signal needs to be strong and photo-stable to allow exposure time <1ms) and to the microscopy setup. The spinning disk from CrestOptics, with high sensitivity and the highest speed disk rotation on the market, offers a perfect match for this application (achievable speed > 5000 fps) and the limitation in speed falls down to sample emission and camera performance.

We mimicked a time-lapse experiment imaging fluorescent beads (diameter of 1 um, Invitrogen F14791) flowing into a microfluidic device (shown in Figure A).

We could measure 969 frames per second (fps) on a cropped area of 2048×128 pixels and beads are rightly shaped during the recording, even in the area where the flux is fast at 1000 um/s on average (Figures B-C). On the contrary, if the same beads are imaged at around 200 fps, typical maximum speed on a spinning disk system, there is an obvious deformation of bead shape, especially in the area with a fast flux (Figures B-C).

Since particle speed along the two movies is similar between the two conditions (minimum 100 um/s, maximum >1500 um/s in the entire field of view), we were allowed to proceed with the subsequent measurements. We focused on a region of interest where the flux is fast and we tracked objects (Figure D). We performed measurements of bead circularity along the movie (i.e. 1=circle, 0=line) and we saw that at 969 fps more beads have circularity values tending to 1 compared to 193 fps (Figure D).

Taken together, these data indicate that at 200 fps you may lose relevant information such as the particle structure profile. With our CrestOptics confocal spinning disk X-Light V3 you are able to reach around 1000 fps that allow to monitor proper shaped structures of interest along the time, ensuring 3D sectioning, high-resolution and high-speed. For dedicated applications requiring extremely high speed, CrestOptics has also implemented a faster rotated disk with 20000 rpm. For instance, it is interesting to mention electrophysiology applications (e.g. calcium imaging) and the study of cells and molecules circulating in blood vessels.

To conclude, the experimental set-up described here not only demonstrates the importance of the system performance in terms of speed acquisition rate, but also depicts an easy tool to investigate dynamic phenomena occurring in biology and biophysics. 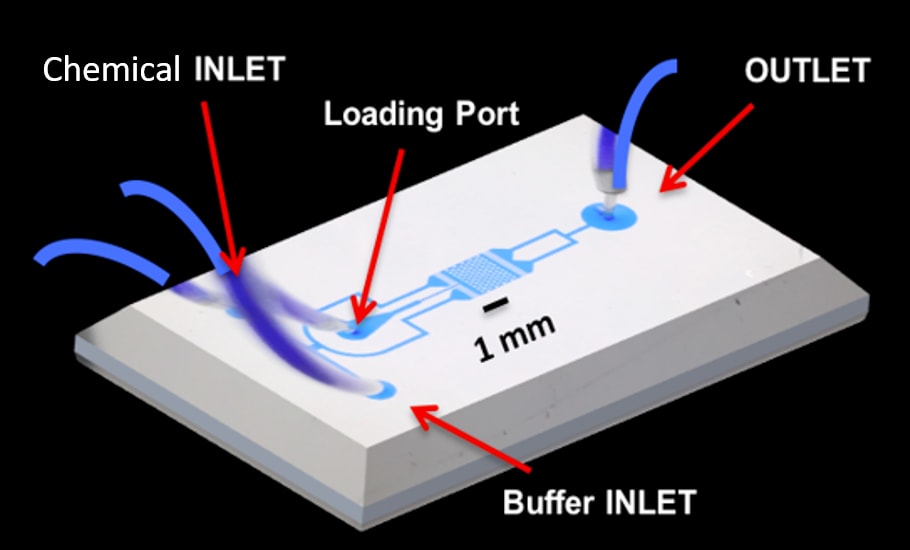 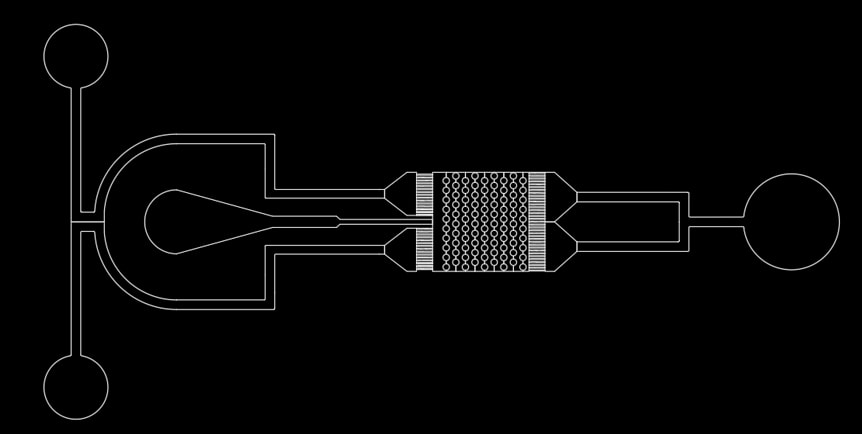 ZOOM (measures shown are in um)

Figure B: Time-lapse recording (field of view 2048×128 pixels). One the left: fast floating area; on the right: slow floating area. 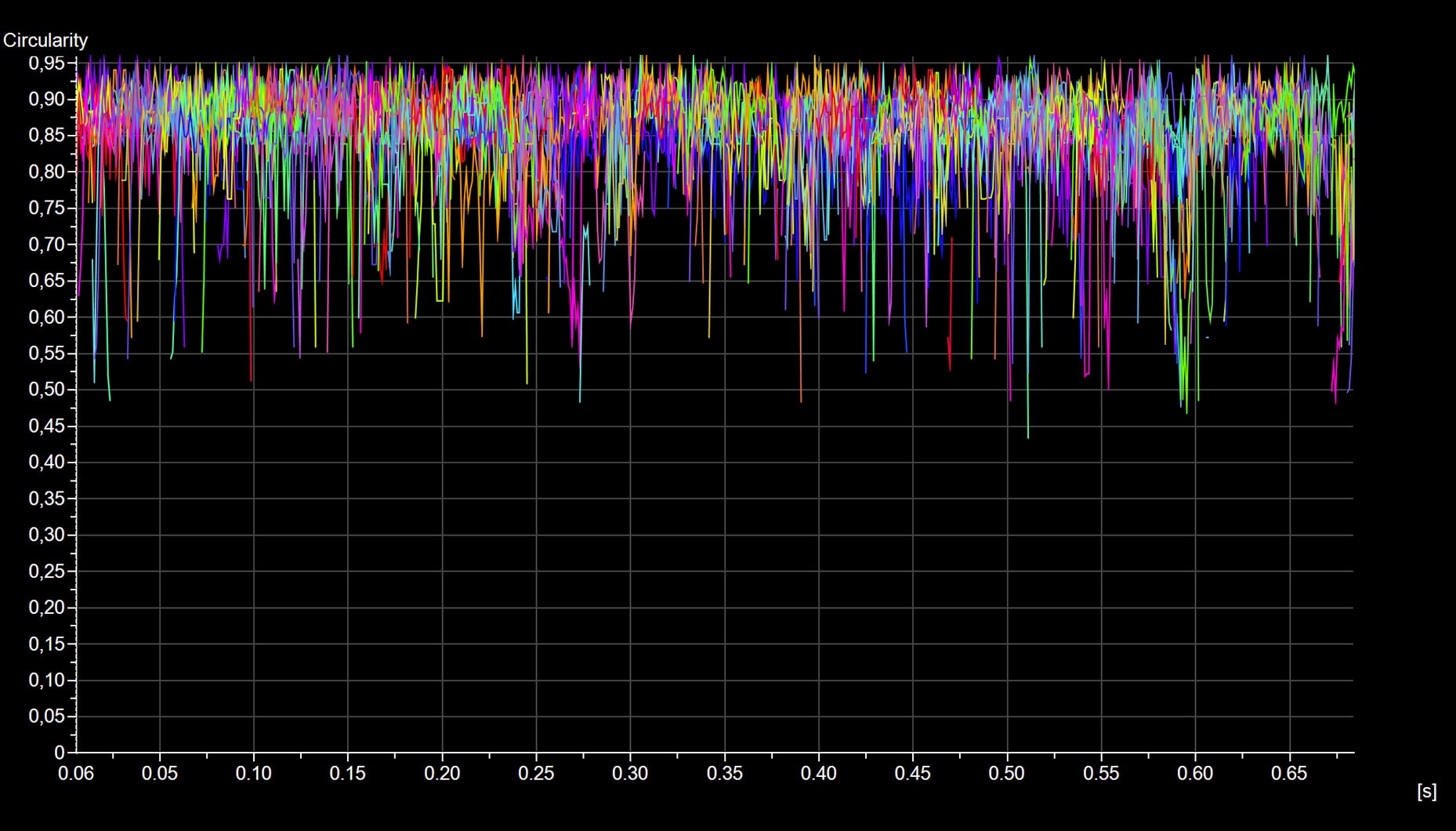 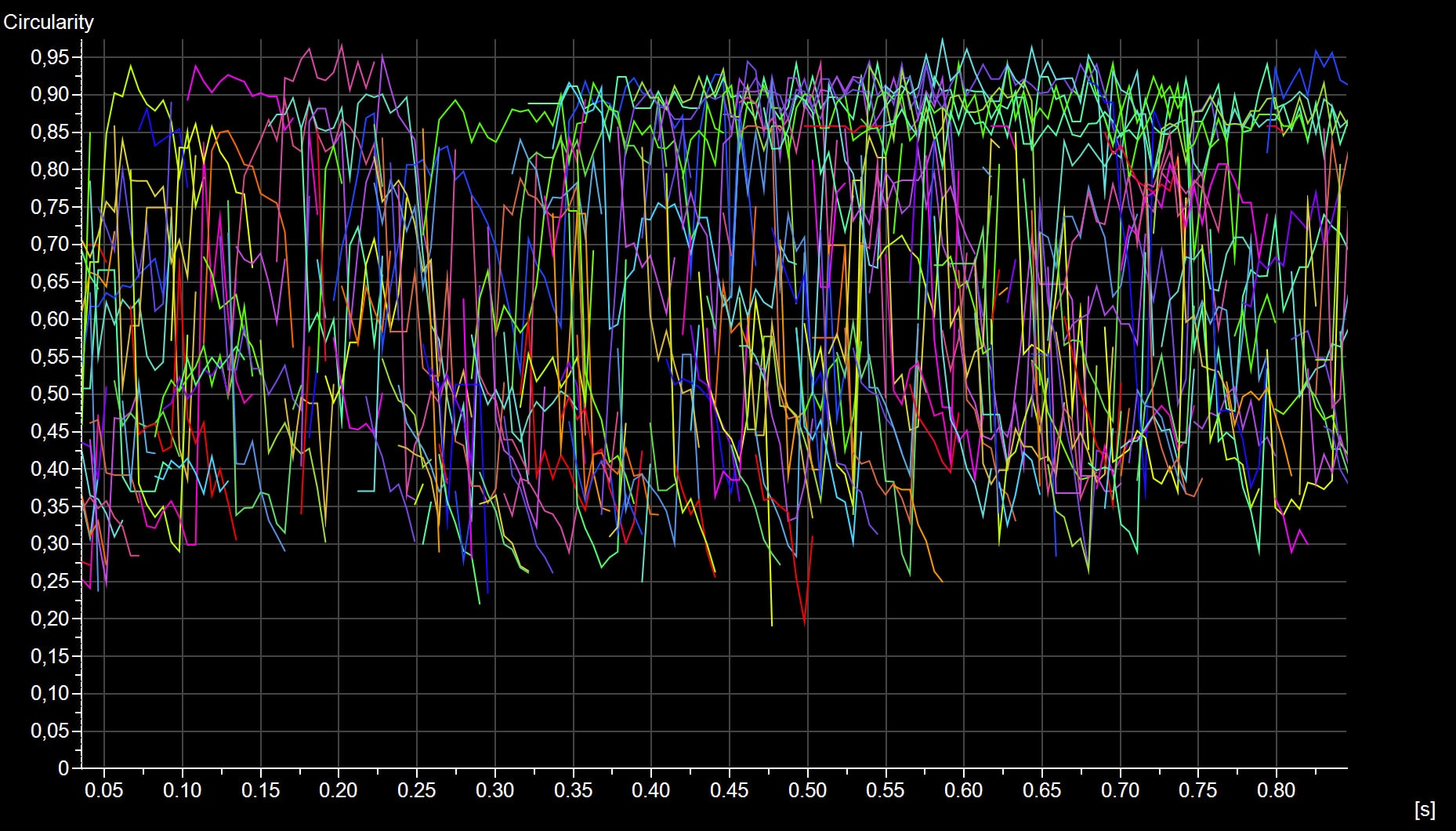