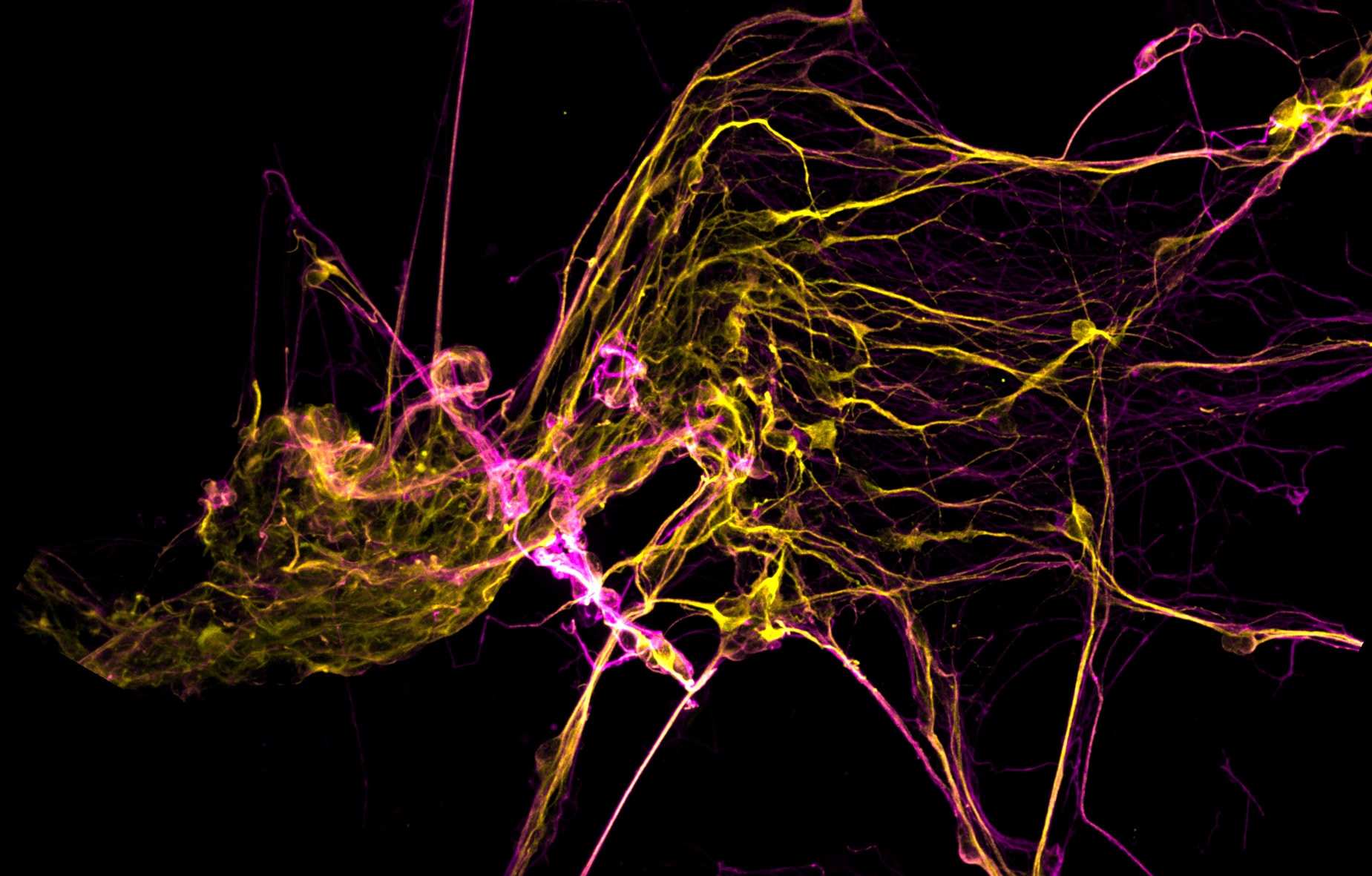 From eye to the brain: meshwork of human stem cell-derived retina ganglion cells

At the Center for Life Nano Science (CLNS@Sapienza – Italian Institute of Technology) in Rome, Dr Silvia Di Angelantonio and her collaborator Dr Alessandro Soloperto are focusing their efforts on generating a robust protocol of differentiation for recapitulating the retinal neuron development in vitro, and thus investigate how alterations of TAU protein folding might be connected to retinal physiology and pathology.

In particular, in-house derived retinal ganglion cells (RGSs) were generated from a healthy induced-pluripotent stem cell (iPSC) line through a multi-step differentiation approach which relies on the use of small molecules in order to commit stem cells on the proper path of differentiation. The protocol lasts approximately 30-35 days, leading to a functional, homogeneous and well-distributed 2D network of retinal neurons. Then, cells were fixed and stained with DAPI for DNA (shown in white) and three differentiation markers to confirm the generation of a specific subtype of retinal neurons: the retina ganglion cell. Here the list of the markers used:

The possibility to make a large view with an automatized acquisition system allows researchers to evaluate the degree of differentiation within the whole cell culture. In Figure A, Tuj1 staining (magenta) gives an overview of the neurite arborization pattern and, in combination with Brn3a staining (cyan), allows to match this information with the identification of retinal ganglion cells,which show Brn3a positive nuclei. Given that, it was possible to focus on a specific area in order to acquire a 3D Z-stack and, afterwards, perform quantitative analysis.

In Figure B, it is shown a maximum intensity projection and a volume view of the 3D Z-stack acquired in the region of interest. Moreover, measurements have been performed on a specific area shown in Figure B and an example is shown in Figure C. For instance, by thresholding DAPI (white) and Brn3a (cyan) positive cells and then combining the two thresholds obtained, it was possible to count how many objects are positive for both (e.g. 10 objects were measured as “combined threshold” – shown in orange – on a total count of 21 nuclei identified with DAPI; measurements have been obtained with NIS Element “General Analysis” tool). This data lead to calculate the efficiency of the differentiation protocol in the cell culture (i.e. 47%).

Noteworthy, human stem cell-derived retinal ganglion cells may represent not only a novel in vitro model to deepen neurodegenerative processes occurring in the brain and the retina during, for instance, aging and diseases such as Alzheimer and Parkinson, but also a model for testing therapeutic treatments. 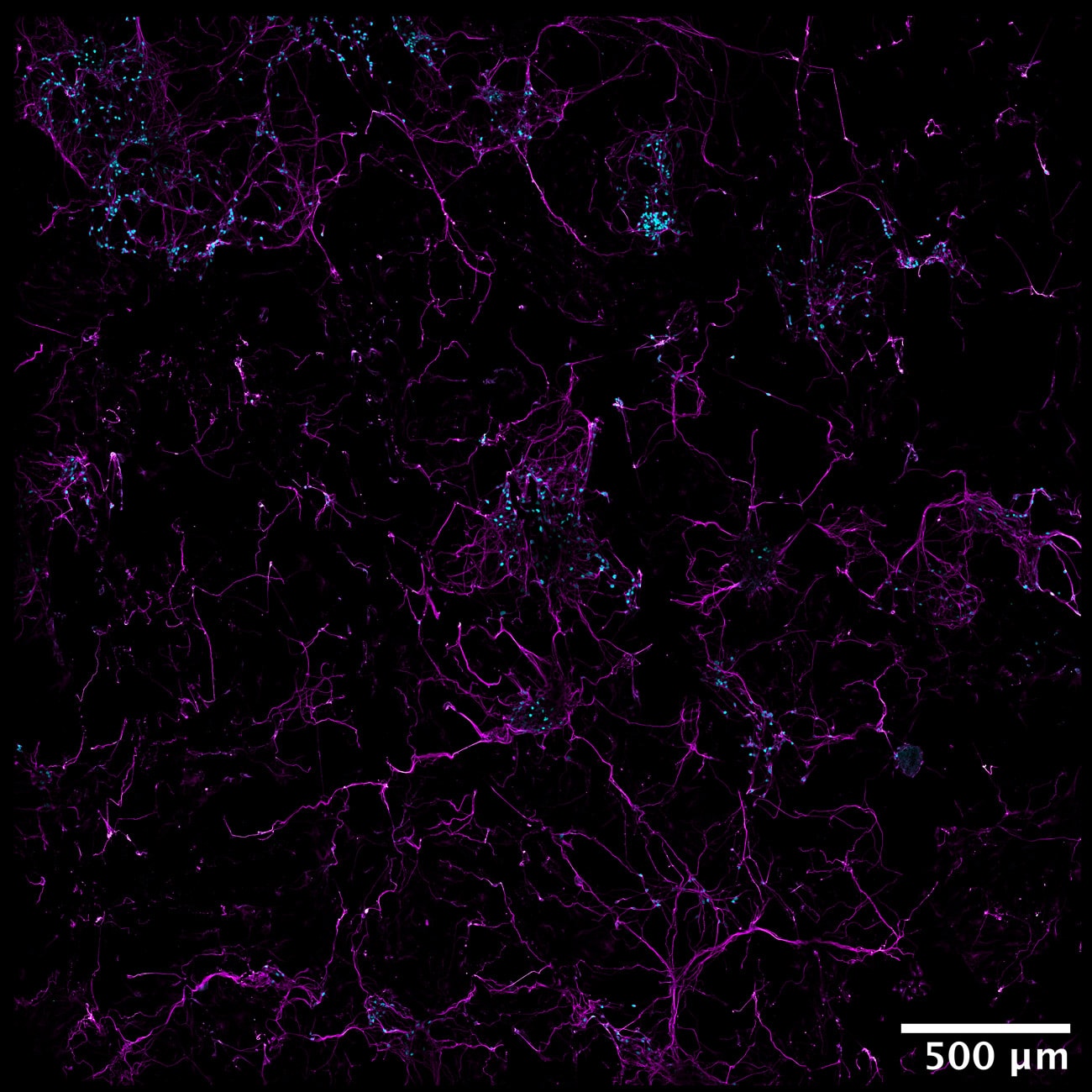 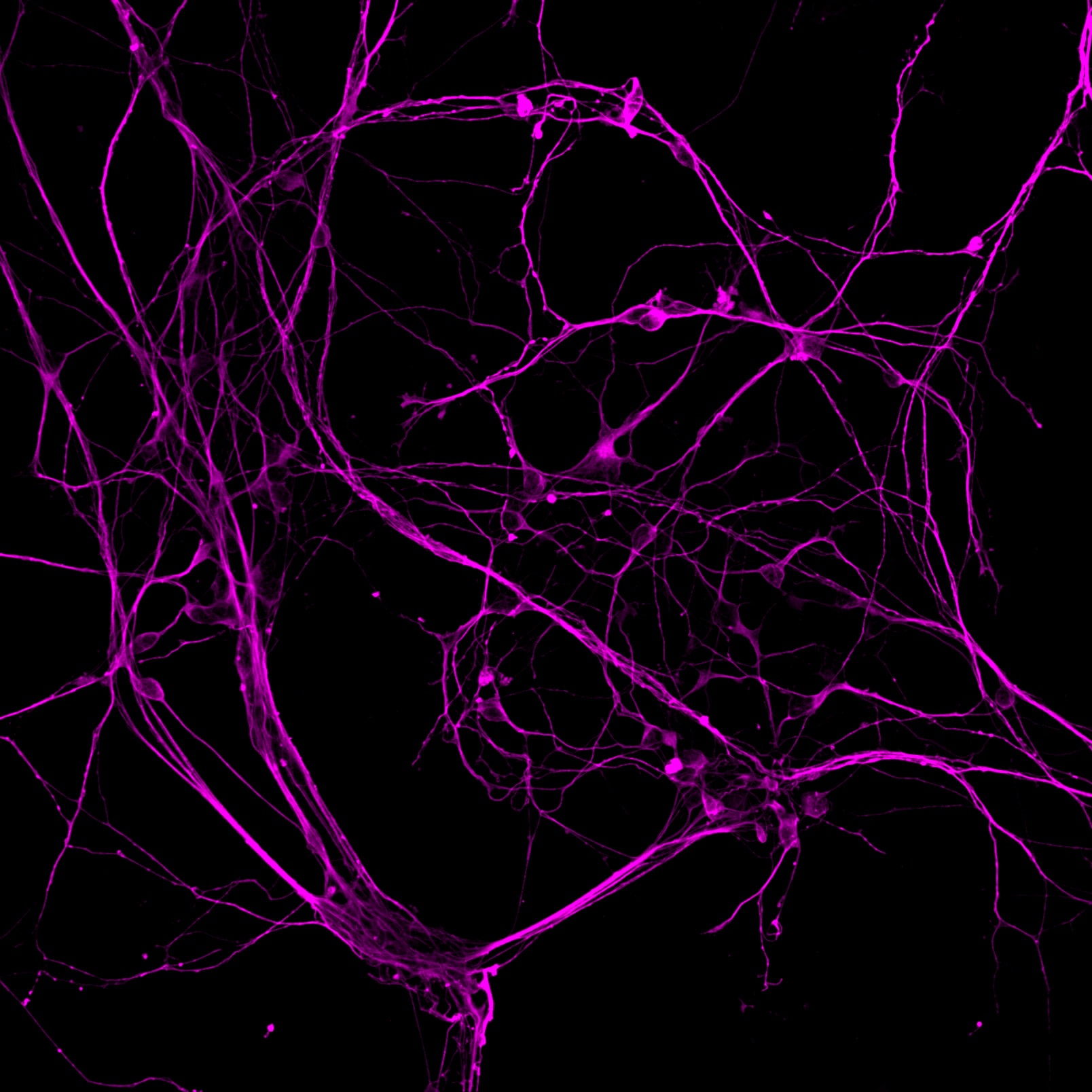 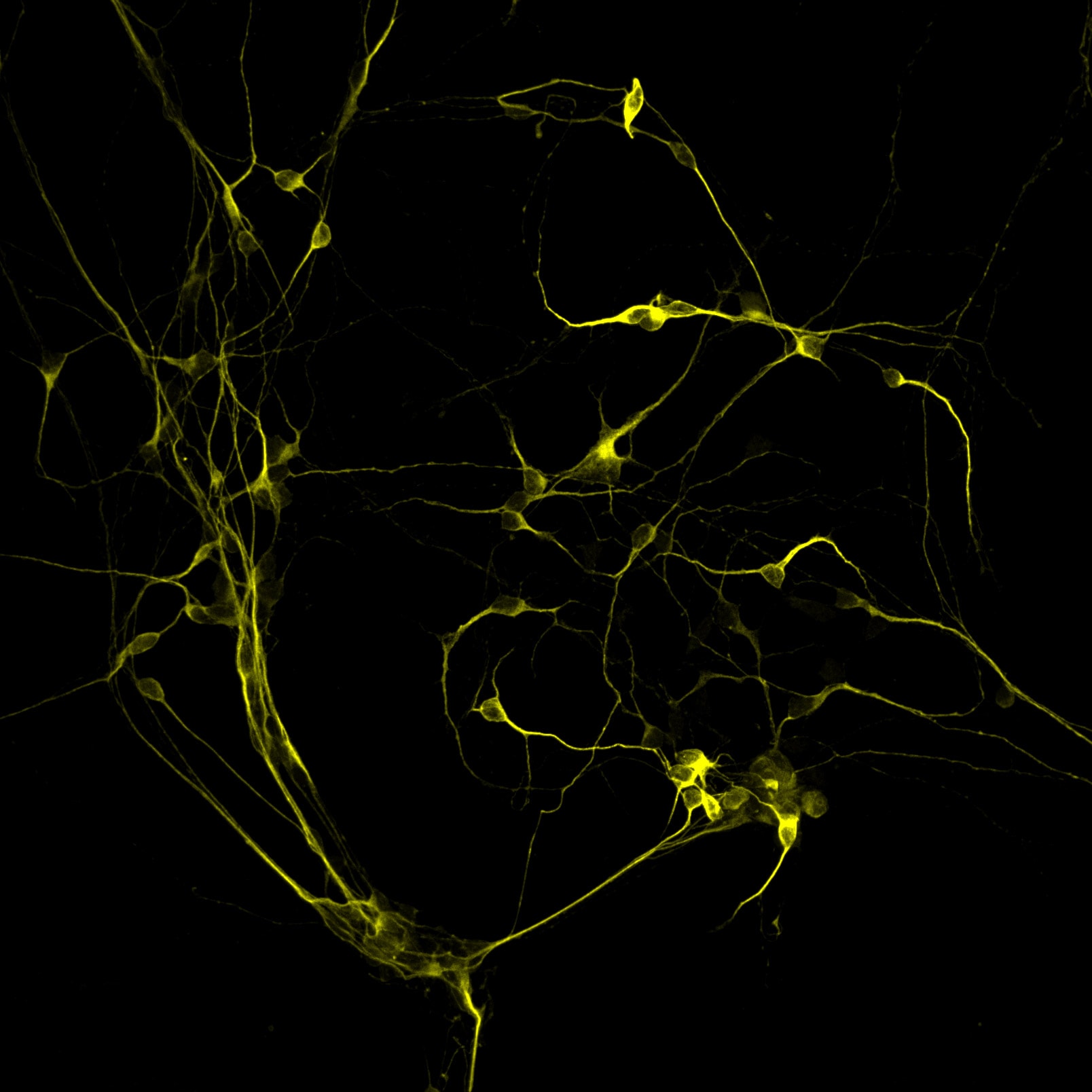 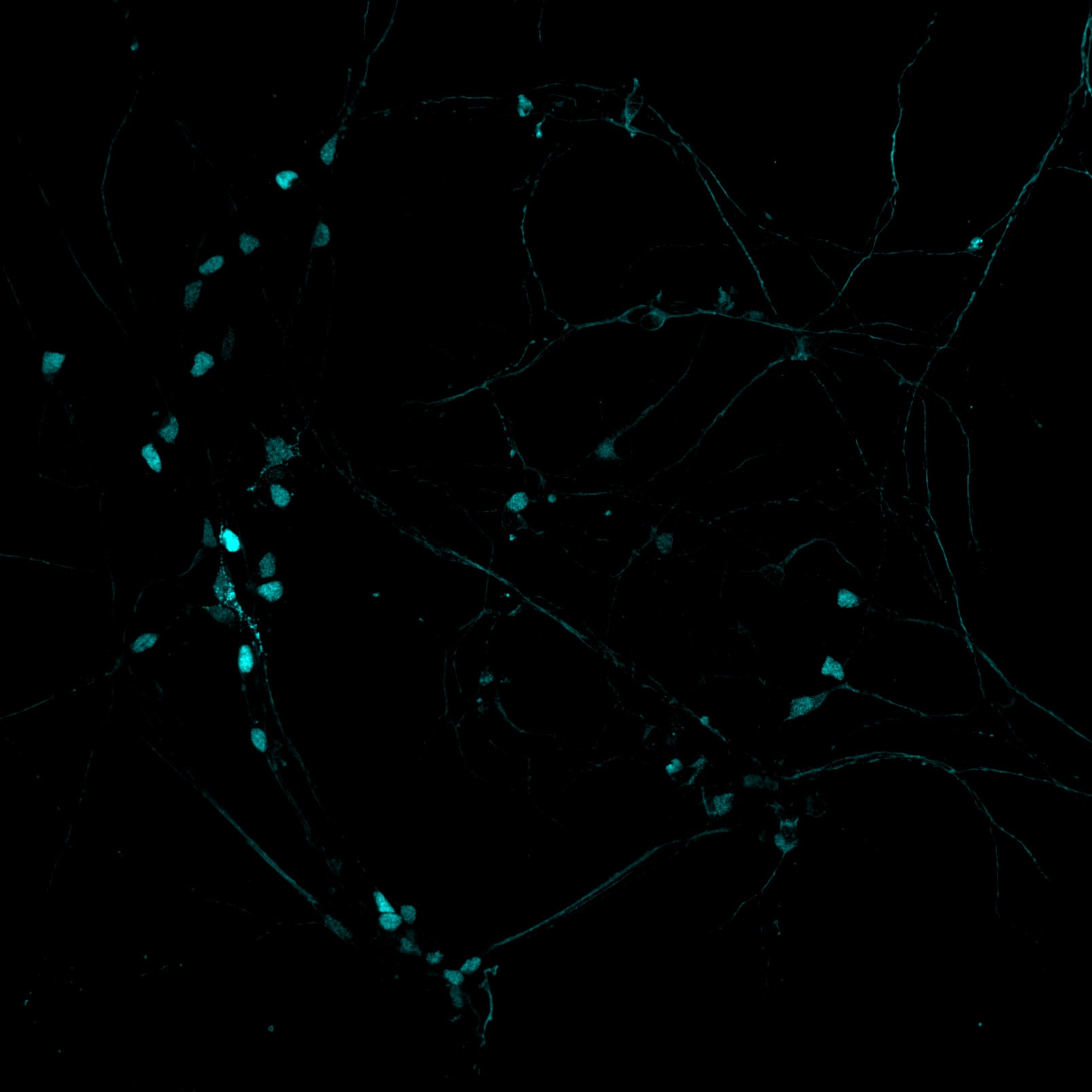 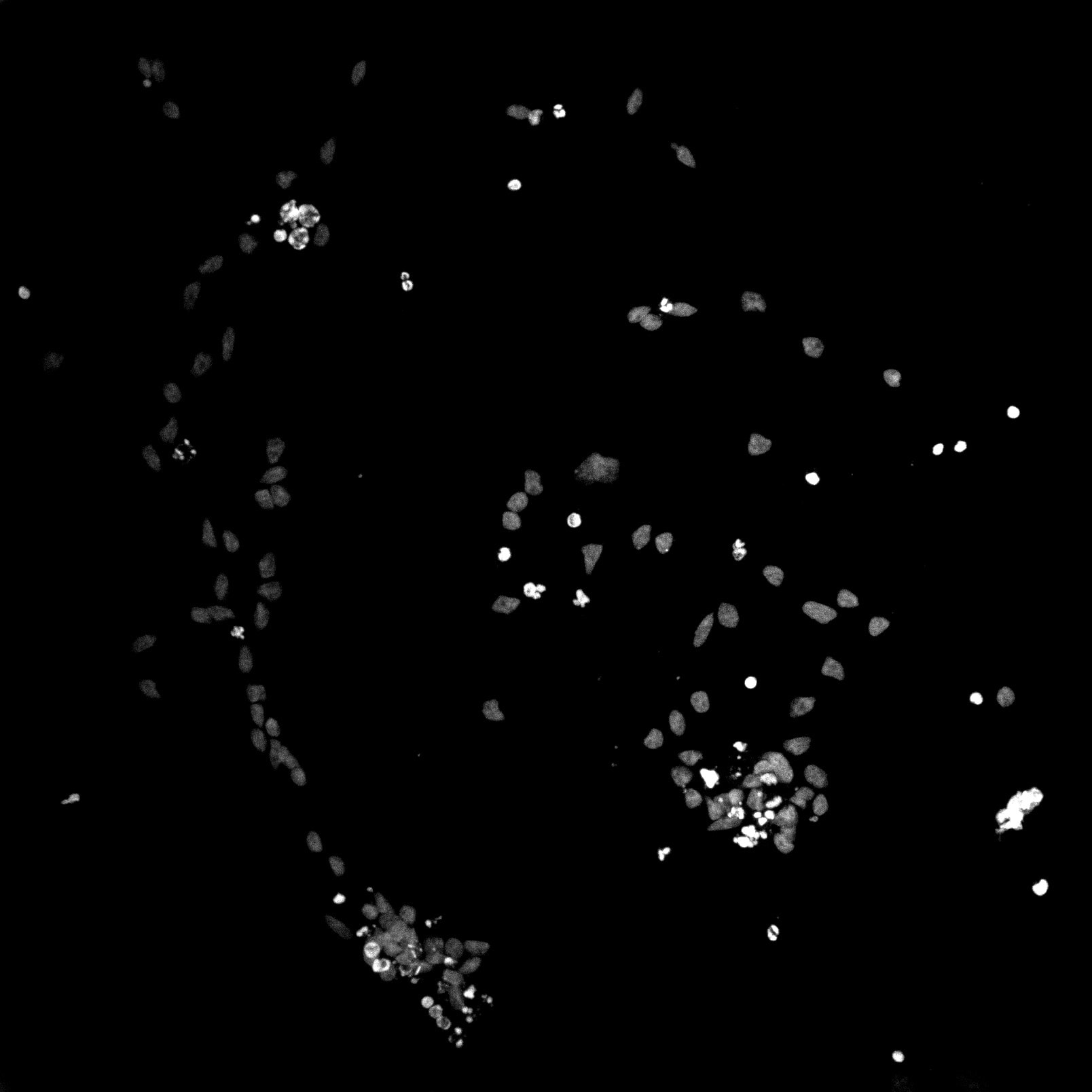 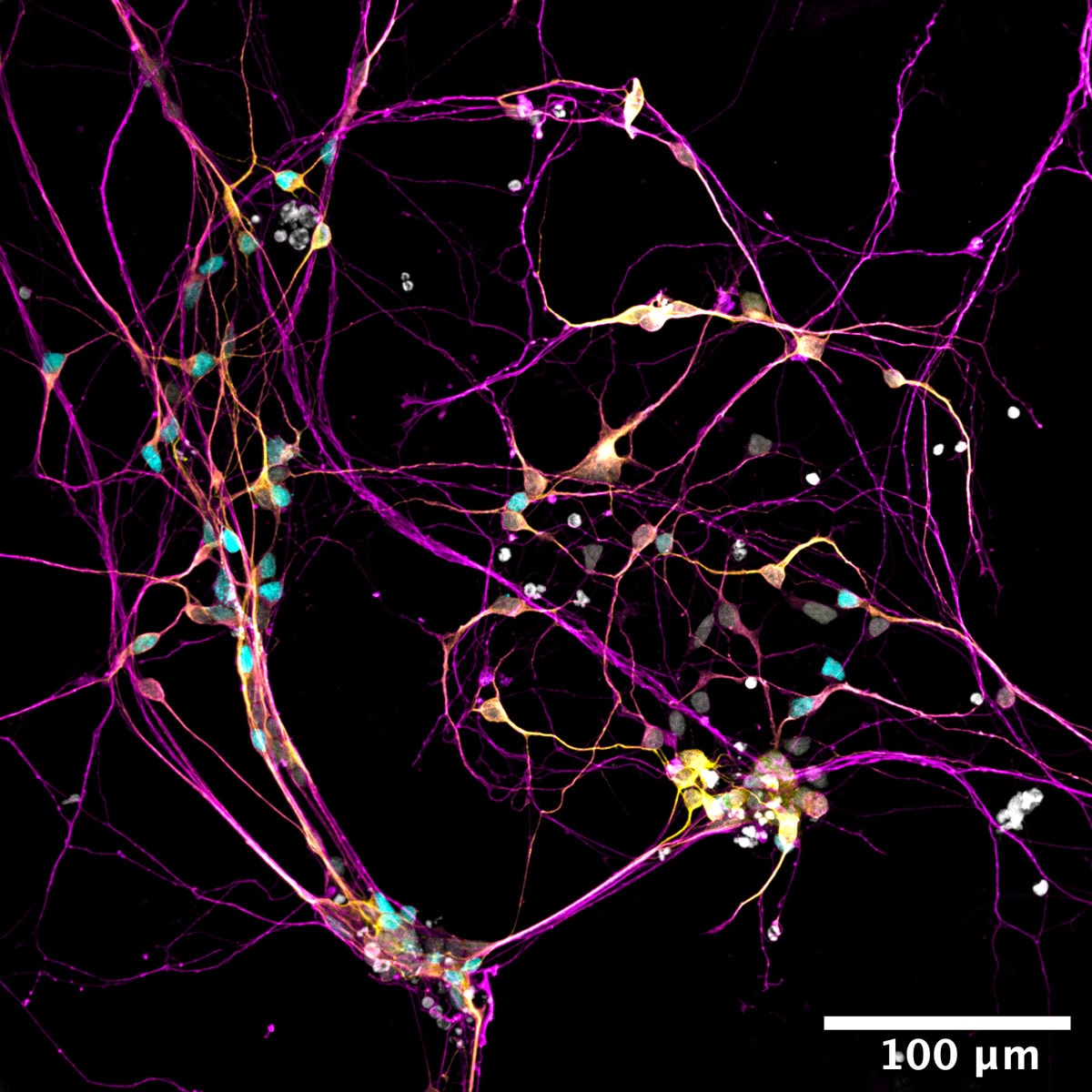 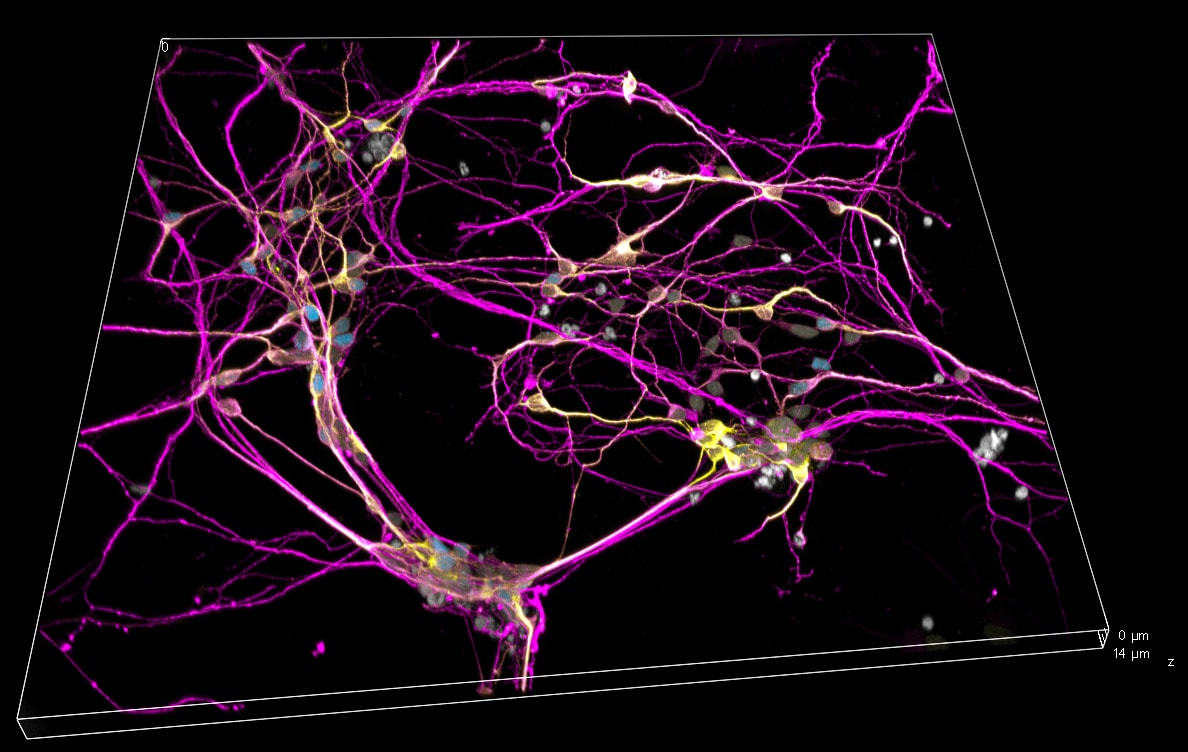 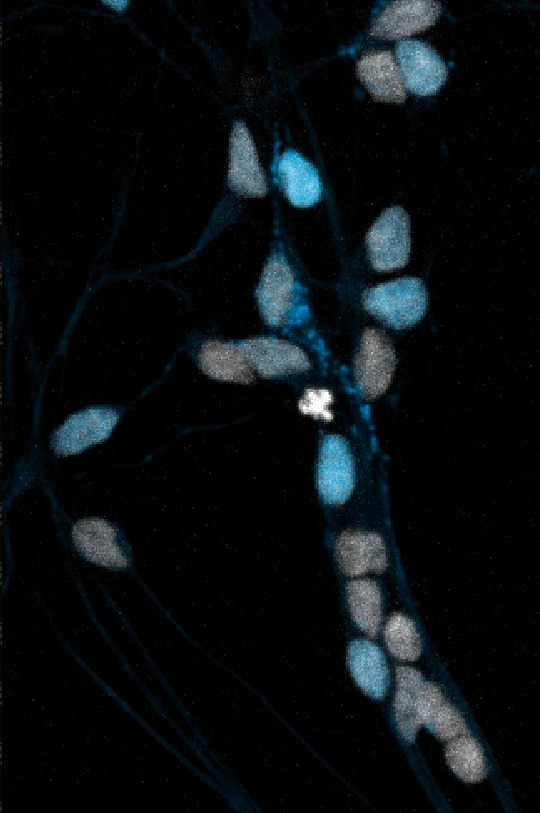 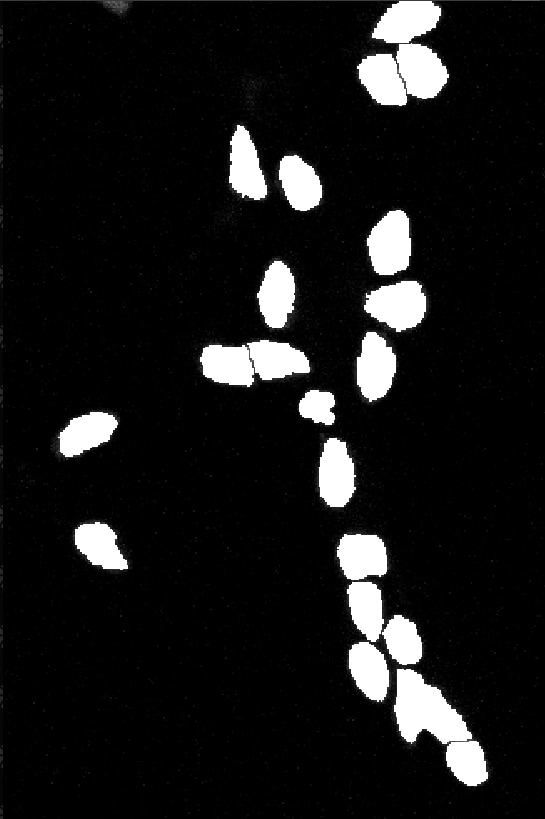 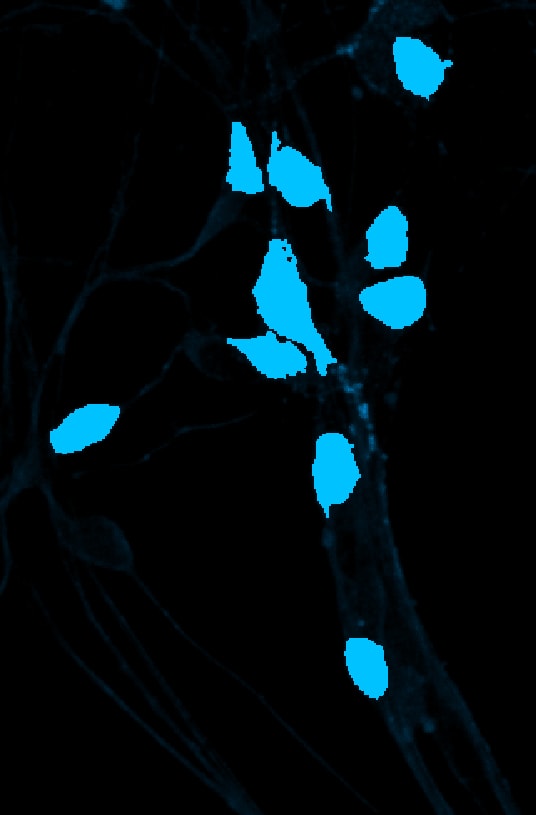 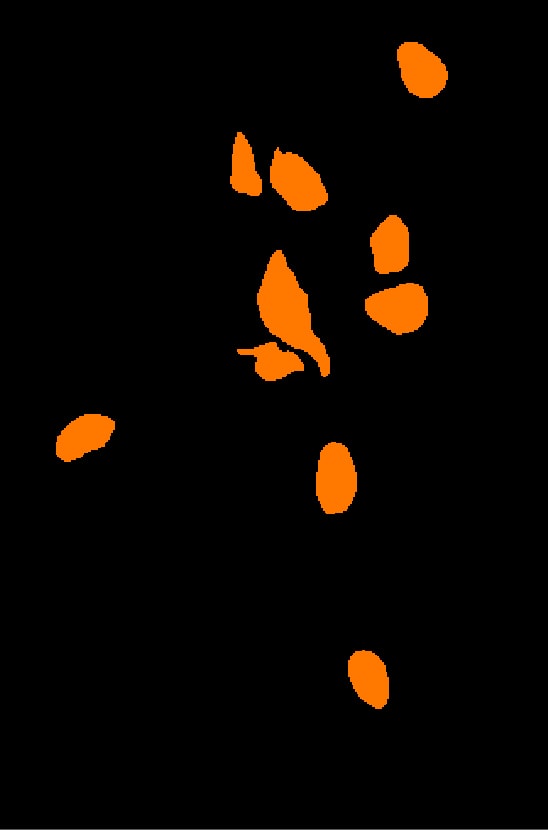