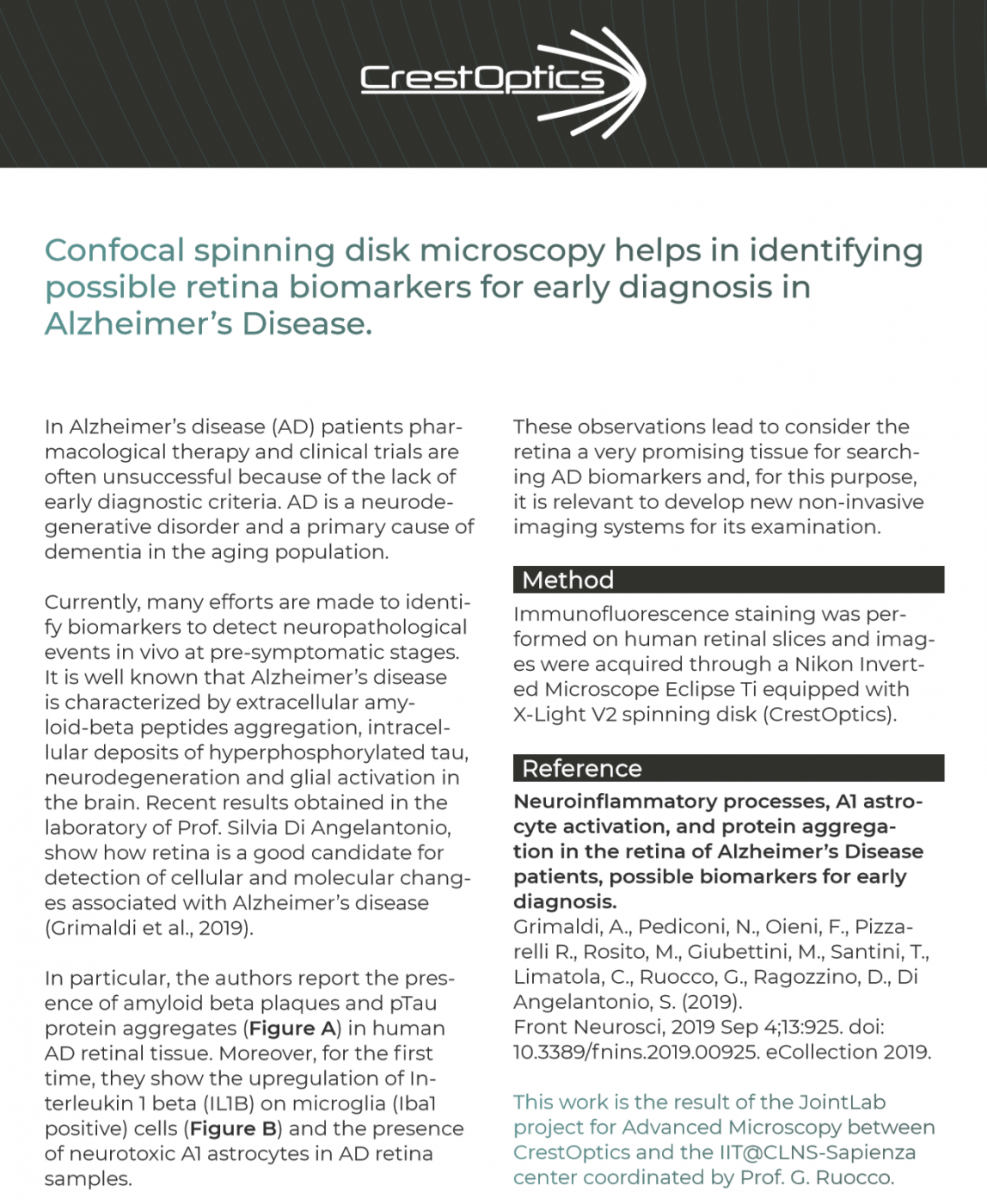 In Alzheimer’s disease (AD) patients pharmacological therapy and clinical trials are often unsuccessful because of the lack of early diagnostic criteria. AD is a neurodegenerative disorder and a primary cause of dementia in the aging population. Currently, many efforts are made to identify biomarkers to detect neuropathological events in vivo at pre-symptomatic stages.

It is well known that Alzheimer’s disease is characterized by extracellular amyloid-beta peptides aggregation, intracellular deposits of hyperphosphorylated tau, neurodegeneration and glial activation in the brain. Recent results obtained in the laboratory of Prof. Silvia Di Angelantonio, show how retina is a good candidate for detection of cellular and molecular changes associated with Alzheimer’s disease (Grimaldi et al., 2019).

In particular, the authors report the presence of amyloid beta plaques and pTau protein aggregates (Figure A) in human AD retinal tissue. Moreover, for the first time, they show the upregulation of Interleukin 1 beta (IL1B) on microglia (Iba1 positive) cells (Figure B) and the presence of neurotoxic A1 astrocytes in AD retina samples.

These observations lead to consider the retina a very promising tissue for searching AD biomarkers and, for this purpose, it is relevant to develop new non-invasive imaging systems for its examination.

This work is the result of the JointLab project for Advanced Microscopy between CrestOptics and the IIT@CLNS-Sapienza center coordinated by Prof. G. Ruocco. 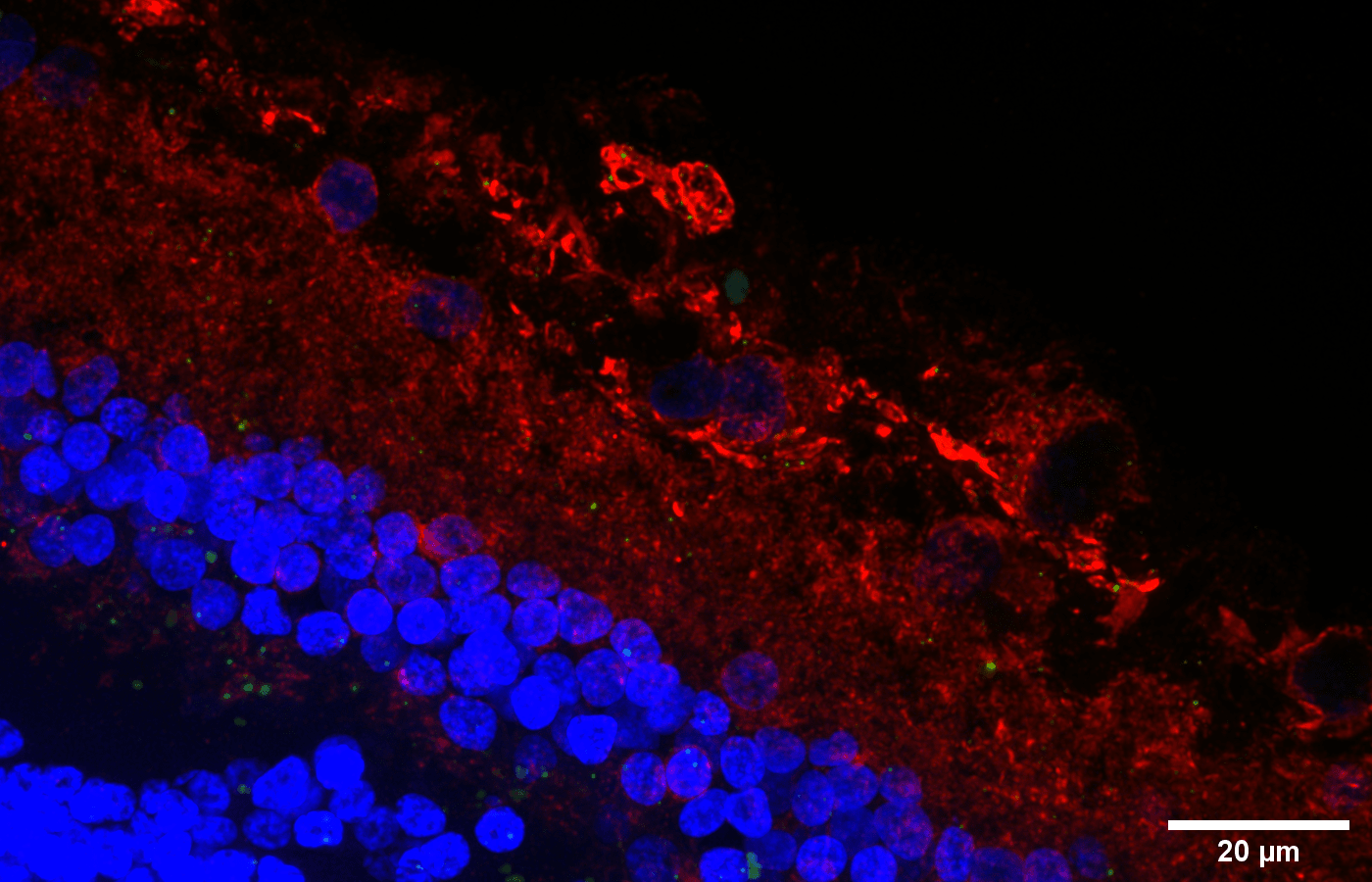 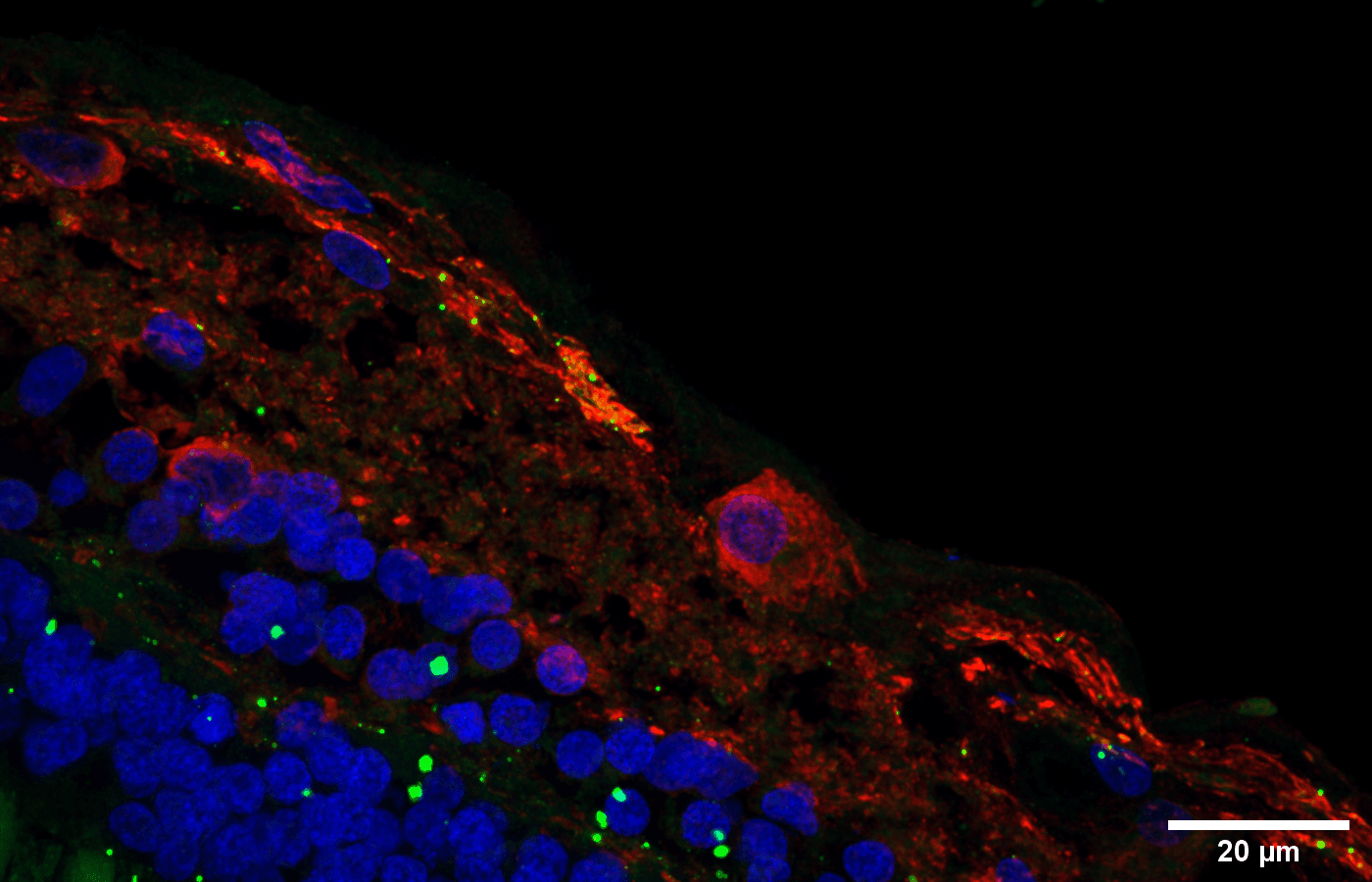 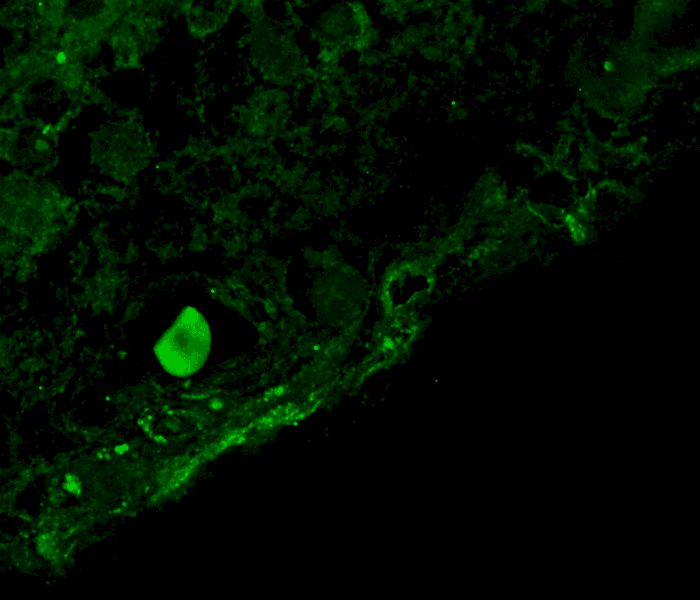 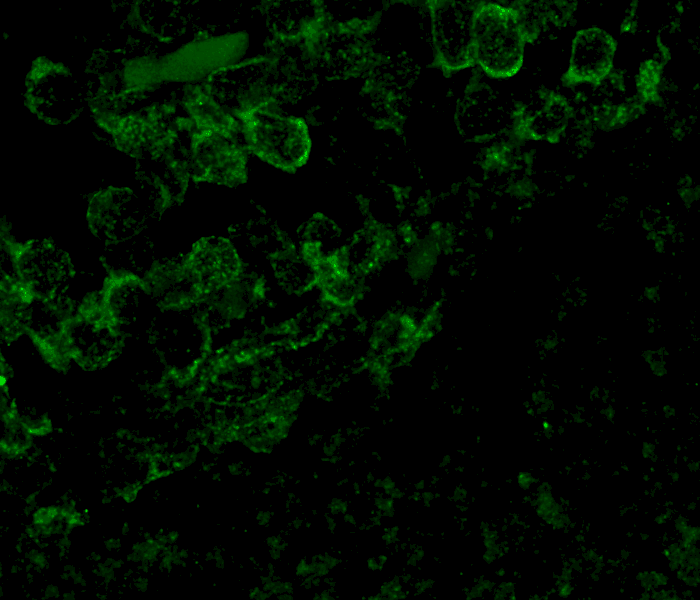 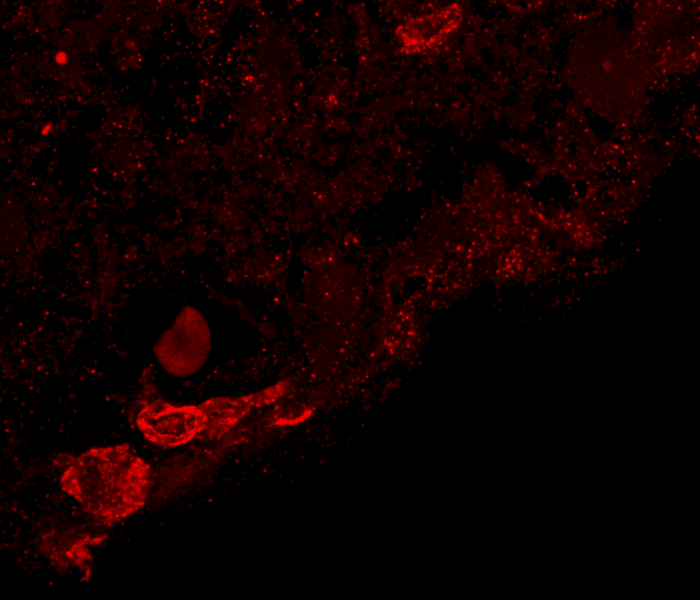 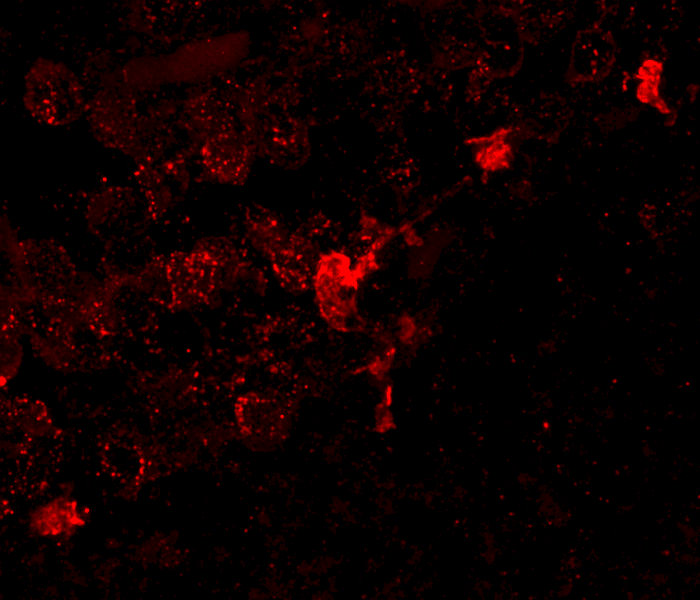 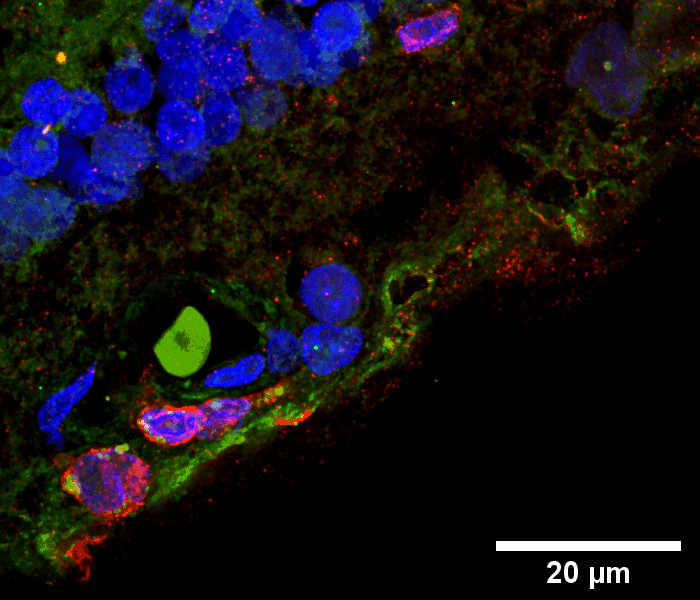 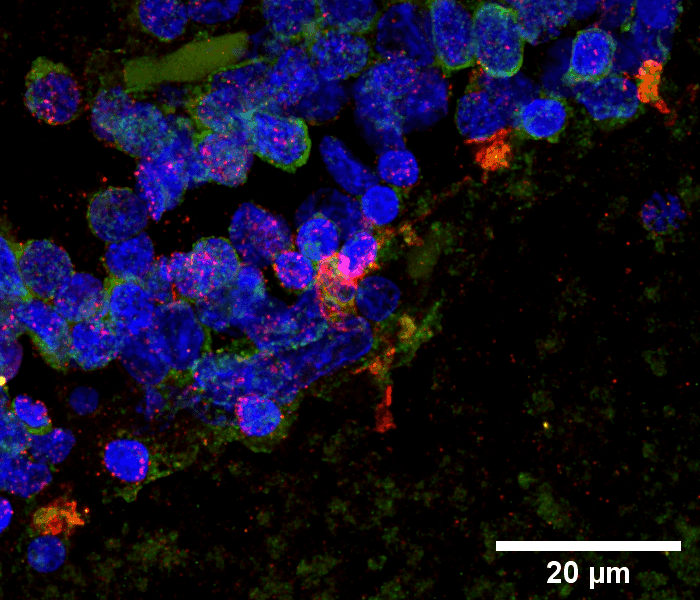 Figure B. IL1B (green) is upregulated in AD compared to control (CTRL) retina and co-localize with Iba1 (red) expressing cells, a marker of microglia. DNA is shown in blue. Bar 20 um. Images were acquired with X-Light V2 spinning disk.

Re-use of images from this article is done under the terms and conditions of the Creative Commons Attribution (CC BY) license (http://creativecommons.org/licenses/by/4.0/).