Super-resolution microscopy has revealed surprising details about the axonal cytoskeleton. In particular, it has discovered previously unknown nanostructures important for our understanding of neuronal form, function, development and regeneration, key aspects often altered in neurodegenerative diseases such as Amyotrophic Lateral Sclerosis (ALS)

Neurons use a variety of cytoskeletal elements to maintain their morphologies, including microtubules, neurofilaments, and actin filaments. Neurofilaments, which are the intermediate filaments of nerve cells, are space-filling cytoskeletal polymers that contribute to the expansion of axon caliber, which is an important determinant of axonal conduction velocity.

Pictures shown here represent the cytoskeletal organization in the axonal shaft of cranial motor neurons derived from human induced pluripotent stem cells (iPSCs) (De Santis et al., 2018; Garone et al., 2019) (see Figures A and B). These cells were cultured on microfluidics devices, treated with trypsin to induce axotomy and allowed to regenerate for 30 hours. Axonal filaments were stained for neurofilament-H (cyan), a subunit of the intermediate filaments found in the cytoplasm of neurons, and beta-III tubulin (red). Images were acquired with CrestOptics Video Confocal Super-resolution (VCS) system and in the axons of the high-resolution pictures obtained is possible to discriminate how neurofilaments extensively cross-bridge and interconnect with microtubules, identified by beta III tubulin staining. Moreover, it is also possible to clearly discriminate the neurofilament position around microtubules lattice and the intracellular neurofilament aggregate (see details in Figure A and B, region of interest). 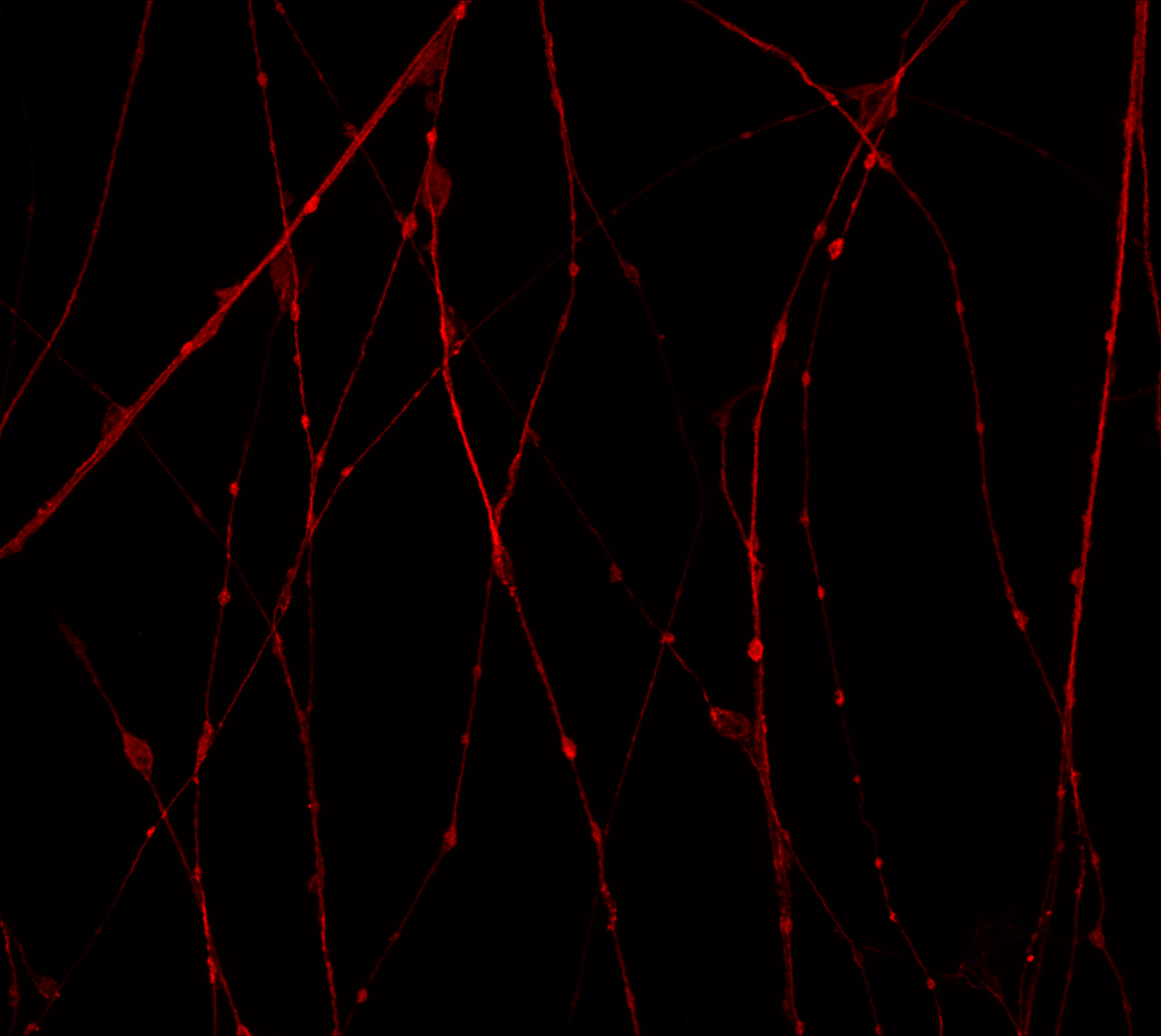 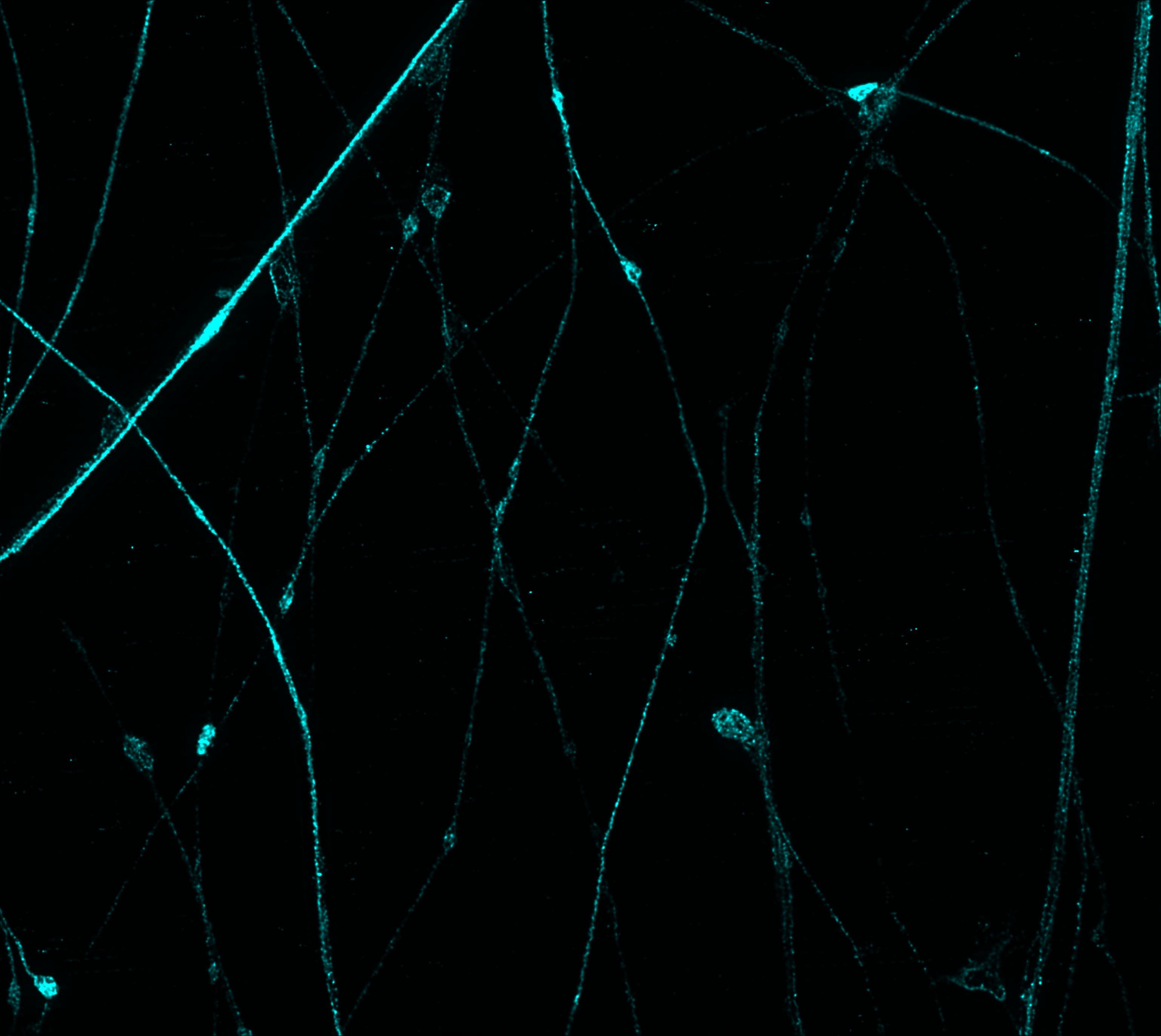 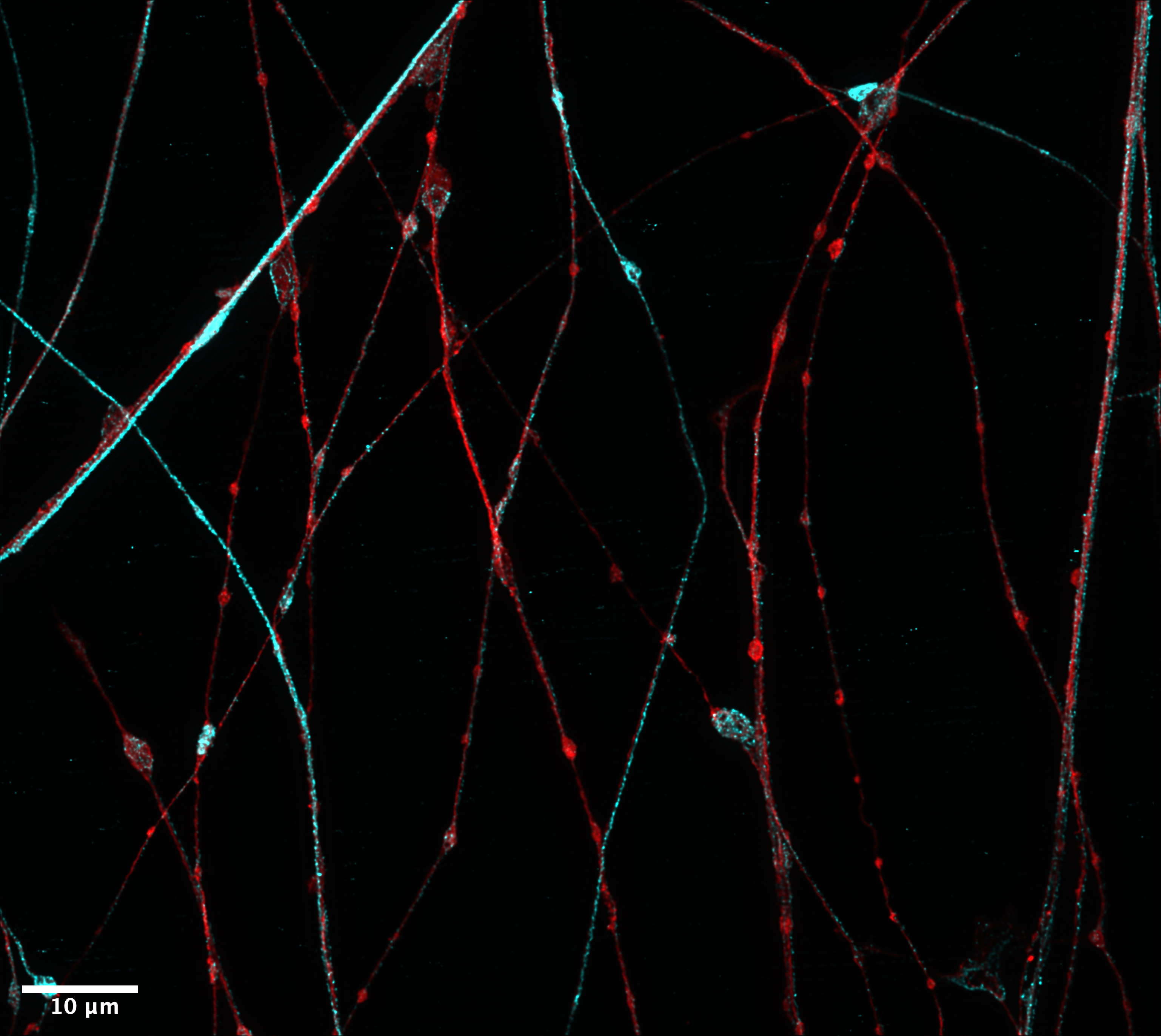 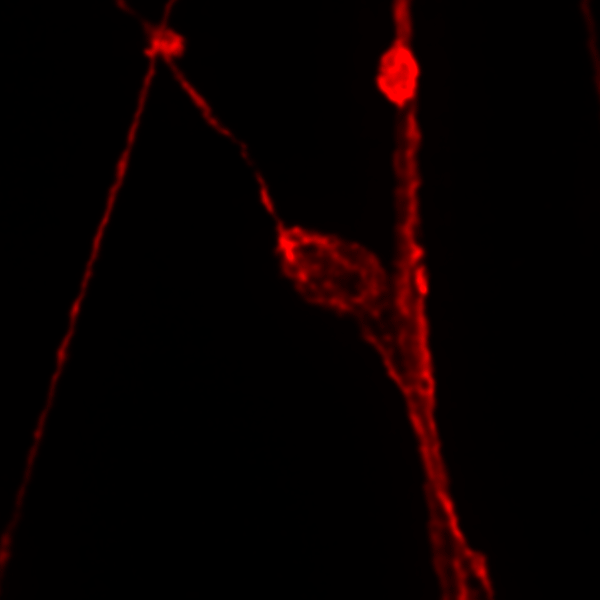 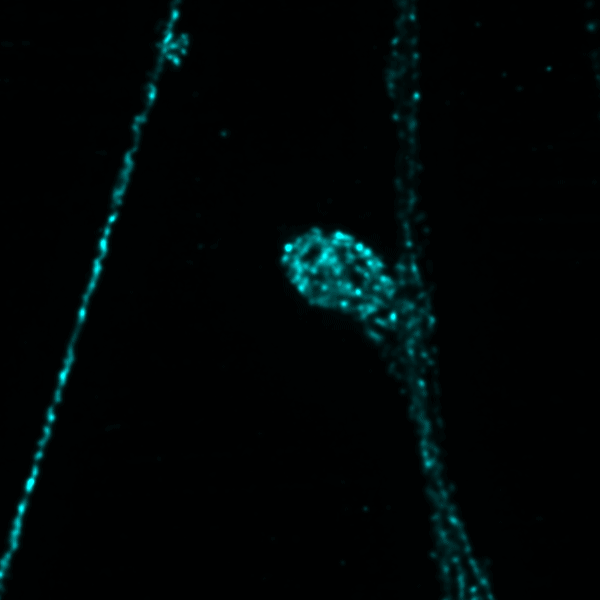 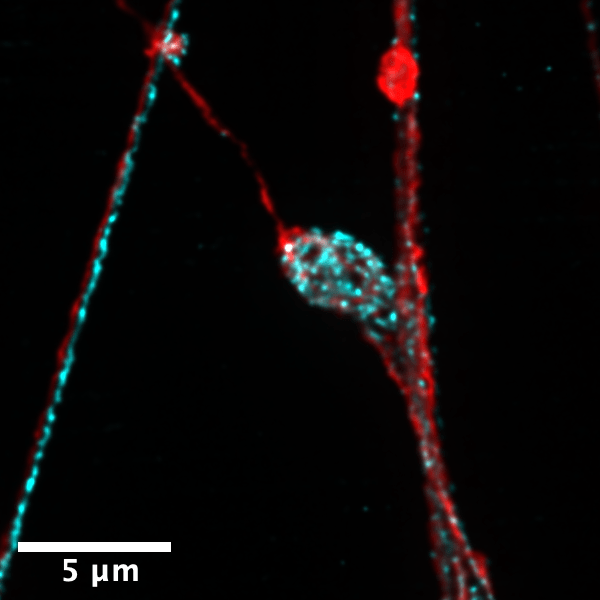 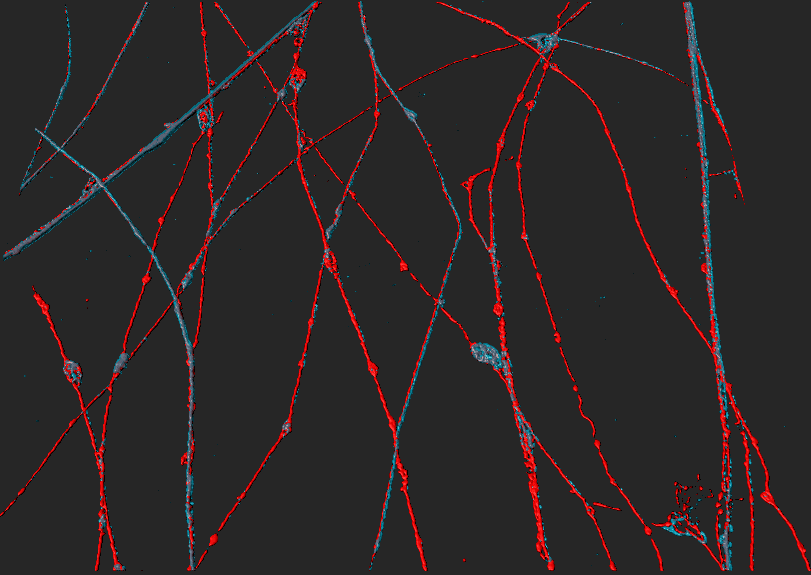 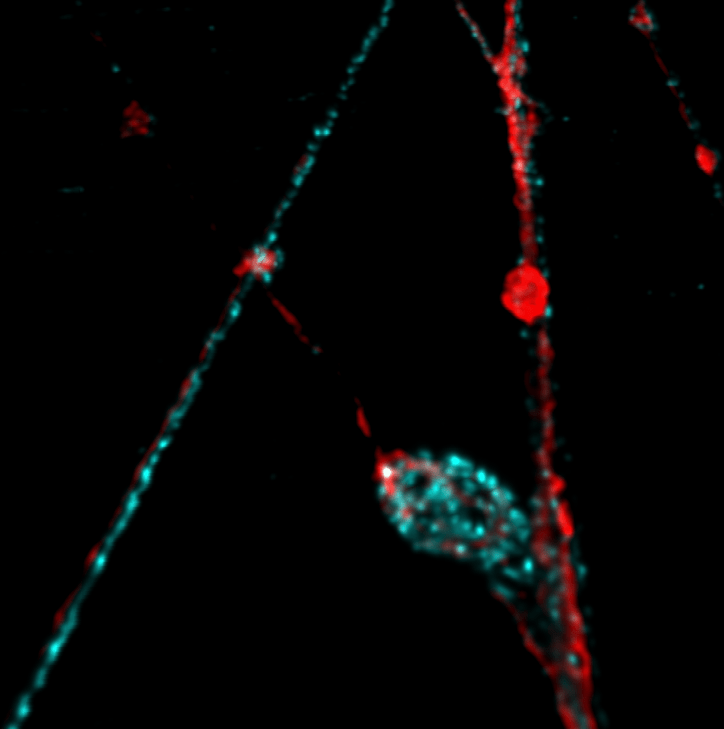 The application note about axonal regeneration has been prepared in collaboration with Maria Rosito, Maria Giovanna Garone, Alessandro Rosa